After House Vote on Taxes, Spotlight Shifts to Undecided Senators 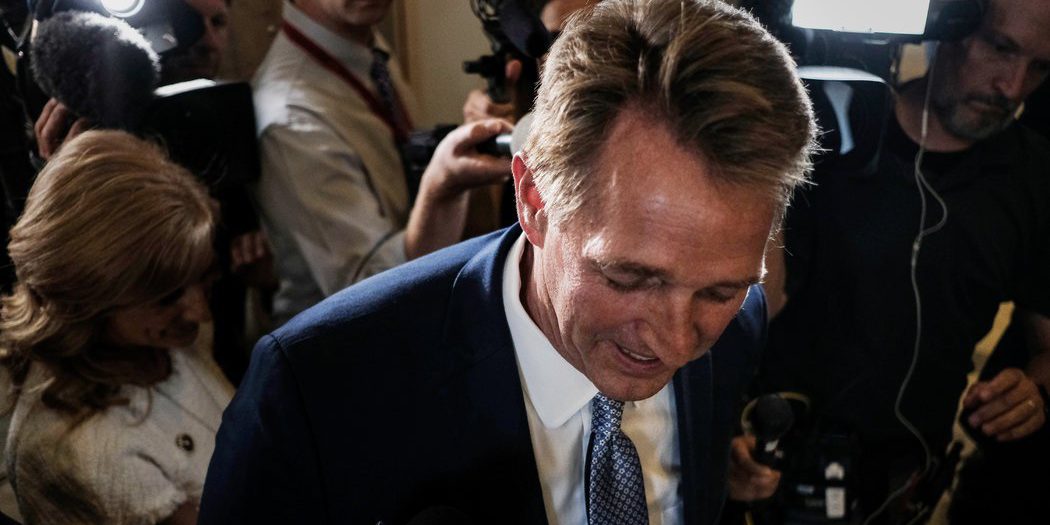 The fast-moving Republican effort to overhaul the tax code now rests in the hands of a small number of fence-sitting senators with disparate concerns, like how small businesses are taxed and whether health insurance costs will spike after the repeal of the Affordable Care Act’s requirement to have coverage or pay a penalty.

Lawmakers face a challenge in navigating those competing priorities without rankling other members or running afoul of budget rules. For instance, dropping the repeal of the individual mandate from the bill would mollify the concerns of some but could alienate others who wish to see it included, while also upending the delicate fiscal math behind the Republican plan.

On Sunday, President Trump fired off a Twitter broadside against one of those undecided senators, Jeff Flake, Republican of Arizona, who is not seeking re-election next year. The president referred to him as “Sen. Jeff Flake(y),” declared him “unelectable” and offered a prediction: “He’ll be a NO on tax cuts because his political career anyway is ‘toast.’ ”

After House Vote on Taxes, Spotlight Shifts to Undecided Senators

The fate of the tax overhaul now hinges on a handful of undecided senators, and Senate Republican leaders cannot afford to lose more than two of their members.