Diplomats Sound the Alarm as They Are Pushed Out in Droves 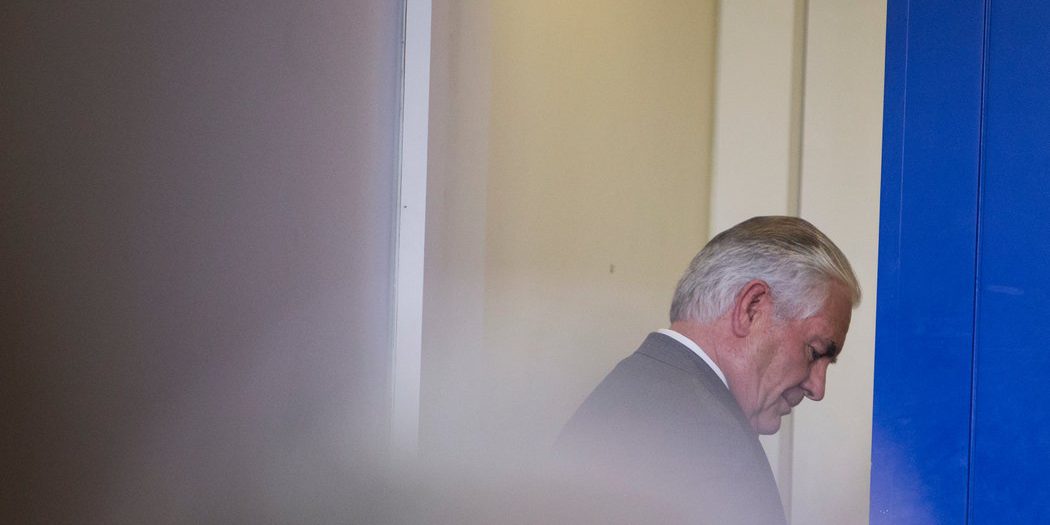 Of all the State Department employees who might have been vulnerable in the staff reductions that Secretary of State Rex W. Tillerson has initiated as he reshapes the department, the one person who seemed least likely to be a target was the chief of security, Bill A. Miller.

Republicans pilloried Hillary Clinton for what they claimed was her inadequate attention to security as secretary of state in the months before the deadly 2012 attacks in Benghazi, Libya. Congress even passed legislation mandating that the department’s top security official have unrestricted access to the secretary of state.

But in his first nine months in office, Mr. Tillerson turned down repeated and sometimes urgent requests from the department’s security staff to brief him, according to several former top officials in the Bureau of Diplomatic Security. Finally, Mr. Miller, the acting assistant secretary for diplomatic security, was forced to cite the law’s requirement that he be allowed to speak to Mr. Tillerson.

Mr. Miller got just five minutes with the secretary of state, the former officials said. Afterward, Mr. Miller, a career Foreign Service officer, was pushed out, joining a parade of dismissals and early retirements that has decimated the State Department’s senior ranks. Mr. Miller declined to comment.

Diplomats Sound the Alarm as They Are Pushed Out in Droves

A State Department exodus marks a new stage in the broken and increasingly contentious relationship between Rex W. Tillerson and much of his work force.