Drama on the Senate Floor as Tax Bill Hits a Snag 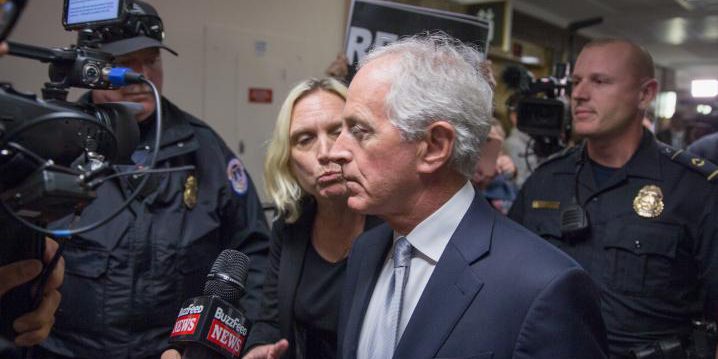 Around 5 p.m. on Thursday afternoon, as the Senate was voting for a third time on a Democratic motion to send the Republican tax bill back to the Finance Committee, a reporter came out from the sparsely populated press gallery and noted how odd it was that several Republicans were withholding their votes. Tennessee Sen. Bob Corker, who had yet to register his vote, was holding court in the well of the chamber surrounded by the entire leadership team, who didn’t look happy. Arizona Sen. Jeff Flake and Wisconsin Sen. Ron Johnson had also refrained from voting.

Drama on the Senate Floor as Tax Bill Hits a Snag

Some bad news from the parliamentarian.