Myths of the 1 Percent: What Puts People at the Top 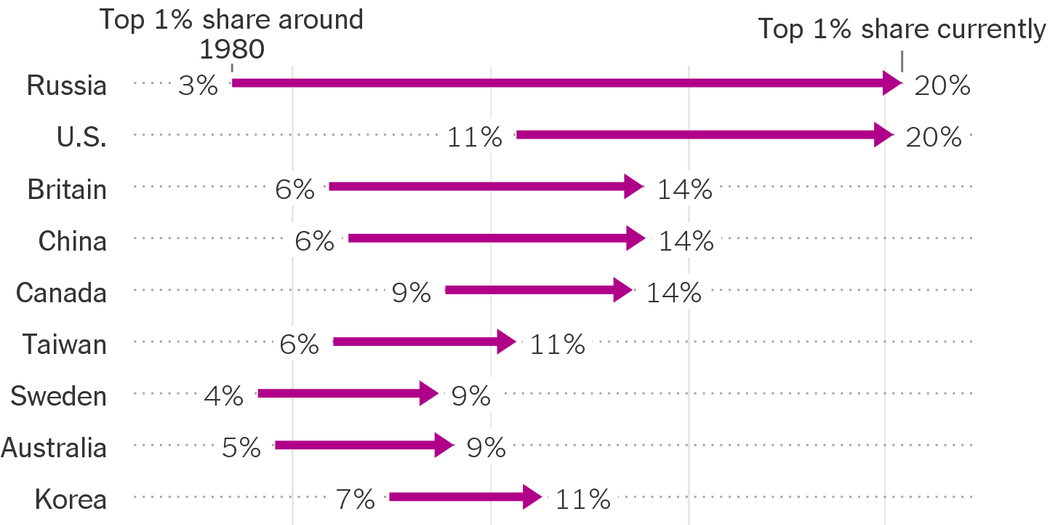 Income inequality inspires fierce debate around the world, and no shortage of proposed solutions. As global billionaires bid up the price of a da Vinci painting on Wednesday, to $450.3 million, Congress debated tax reforms that many analysts said would give the largest benefits to the richest 1 percent of taxpayers.

In the United States, the richest 1 percent have seen their share of national income roughly double since 1980, to 20 percent in 2014 from 11 percent. This trend, combined with slow productivity growth, has resulted in stagnant living standards for most Americans.

Myths of the 1 Percent: What Puts People at the Top

Dispelling misconceptions about what’s driving income inequality in the U.S.