Opinion | Save the SALT Deduction 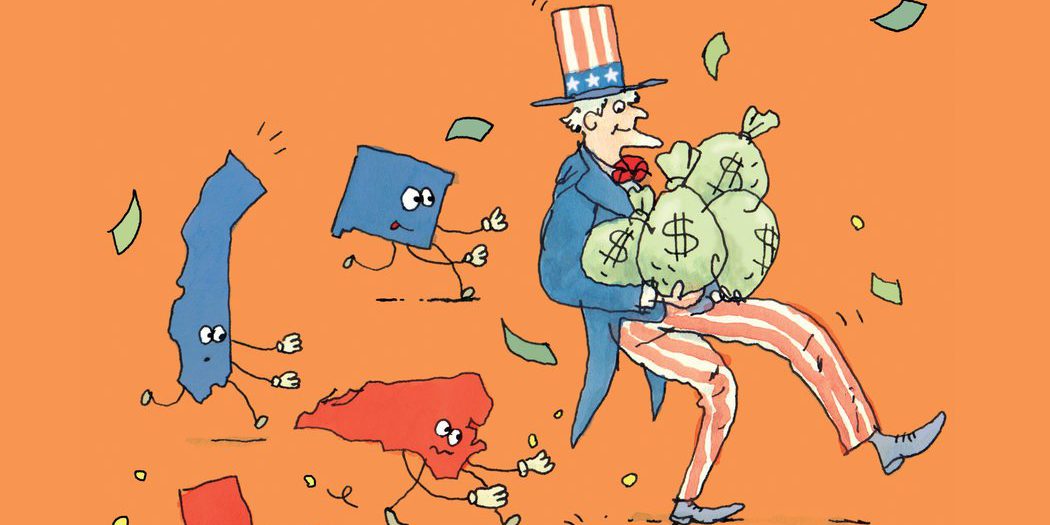 Do congressional Republicans and President Trump want to undertake a multitrillion-dollar federal bailout of states and cities? If not, the Senate and House should squelch their competing proposals to reduce or eliminate Americans’ ability to deduct state and local taxes on their federal tax forms.

Curtailing tax breaks is generally a good idea. Subsidies for certain activities distort the economy. When the mortgage-interest deduction spurs a family to buy a more expensive home than they would have otherwise, it keeps that money from more productive parts of the economy.

But state and local tax deductions do not fall into this category. Since the nation’s founding, American citizens have safeguarded small-scale democracy. The Bill of Rights prescribes that “the powers not delegated to the United States by the Constitution, nor prohibited by it to the states, are reserved to the states.”

Opinion | Save the SALT Deduction

Ending state and local tax deductions may result in eventual tax increases, not tax cuts, at the federal level.