Opinion | When a Tax Cut Costs Millions Their Medical Coverage 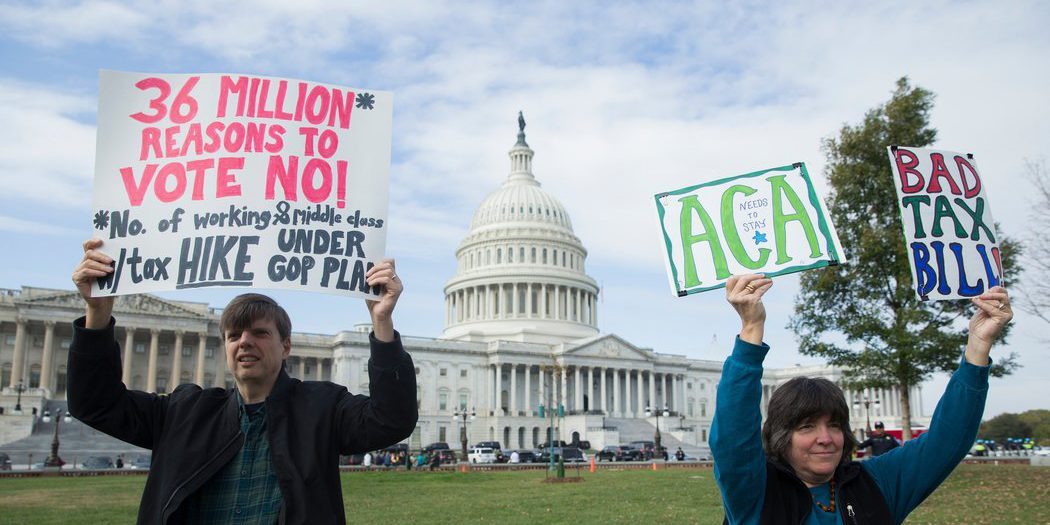 Though their ham-fisted attempts to repeal the Affordable Care Act failed in September, Republican lawmakers and the Trump administration won’t give up on efforts that would take away health care from millions of people. They’re now out to do it through the equally sloppy and cruel tax bills barreling through Congress.

The Senate could vote as soon as next week on a bill that, according to one government estimate, would increase the number of people who don’t have health insurance by 13 million and cause insurance companies to raise premiums substantially. The House passed a tax-cut bill last week that would eliminate the medical expense deduction, which is used by nearly nine million people with medical problems so severe they spend more than 10 percent of their income on health care. Further, because of the amount of revenue both bills would vaporize, they would also prompt automatic spending cuts to Medicare and other government programs that low-income and middle-class Americans rely on.

Why have Republican leaders set their sights on health care again? They have a serious accounting problem on their hands. Congressional leaders and the Trump administration want to give corporations and wealthy families a giant tax cut, but they have committed to not adding more than (a whopping) $1.5 trillion to the federal deficit over the next decade. So they’re trying to increase revenue by raising taxes on many middle-class families and would compound that harm by cutting spending on things like health care, all in service of further enriching the wealthiest Americans through a plan they’re selling as a break for the middle class. We’d say you can’t make this stuff up, but it turns out they can.

Opinion | When a Tax Cut Costs Millions Their Medical Coverage

Republicans couldn’t kill Obamacare. Their latest plan could be almost as damaging to people’s health.