Opinion | Will These Senators Live Up to Their Own Principles? 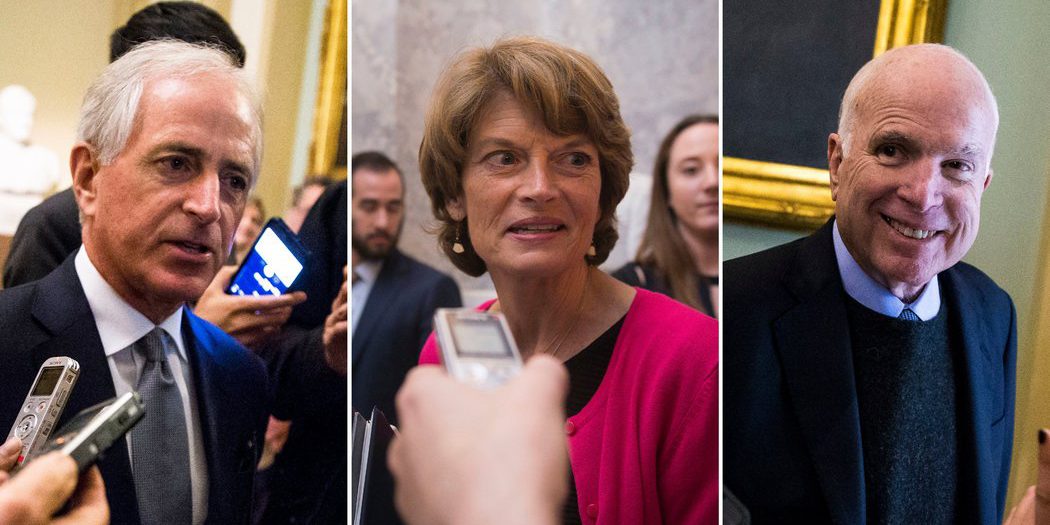 A small number of Republicans — fewer than 10 — will probably determine the fate of the Trump tax plan. The group includes five senators who have been independent enough in recent months to defy their party leaders, not just with words but actions, as well as a couple who may be newly willing to do so.

John McCain helped defeat the Republican health care bill, in protest of its secretive, rushed process. Susan Collins and Lisa Murkowski voted against the same bill because they believed that middle-class and poor families had a right to health care access. Jeff Flake and Bob Corker ended their Senate careers rather than fully submitting to Trumpism. Then there are the two showing new signs of independence: James Lankford of Oklahoma and Jerry Moran of Kansas.

The tax bill is a test of all of them. For progressives, the bill is an easy call. It’s a huge tax cut for the wealthy, partly paid for with middle-class tax increases. For the same reason, the bill is deeply unpopular with voters.

But the Republican senators are in a tough spot. They are philosophically conservative. They believe in low taxes and small government. They share this belief with their Republican colleagues, their political base back home and, yes, their donors.

Yet all of the potential swing senators have a problem: This tax bill also contains provisions that betray their stated principles.

Opinion | Will These Senators Live Up to Their Own Principles?