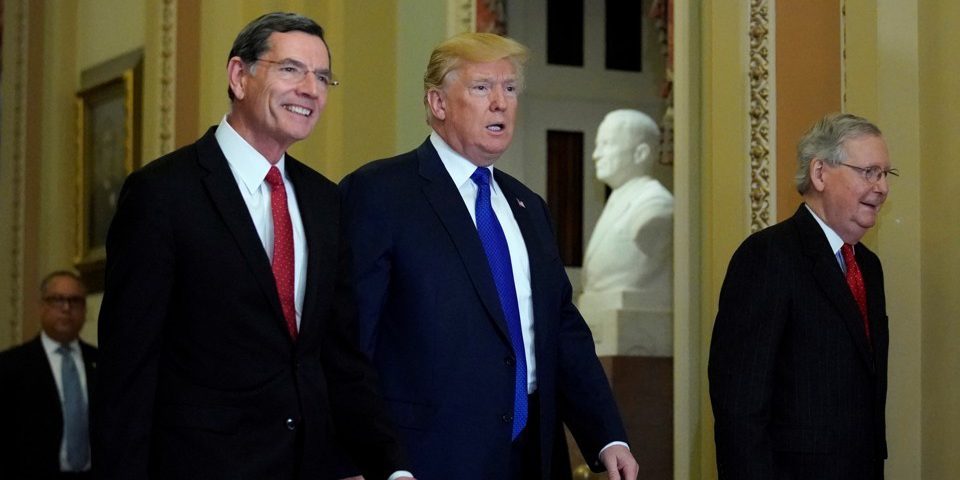 The closer the Senate tax bill gets to a crucial up-or-down vote, the more Republicans are falling in line.

On Tuesday morning, Senator Bob Corker of Tennessee was threatening to oppose the proposal in a key Budget Committee vote because it might explode the deficit. Senator Ron Johnson of Wisconsin was warning he could do the same if party leaders didn’t address his complaints. By the afternoon, both wavering Republicans had provided the crucial “ayes” to send the $1.4 trillion tax cut to the Senate floor.

Then there was Senator Susan Collins, the Maine moderate who defied her party on each of its attempts to repeal the Affordable Care Act and was seen as likely to do so again on taxes. She had recited a litany of concerns with the bill, chief among them a provision scrapping Obamacare’s individual mandate—a change that she warned would cause rising premiums to spike even higher. But by the afternoon, after a party pep talk and a separate side session with President Trump, she, too, was nearing the “yes” column.

GOP leaders won a key committee’s approval on the way to a Senate vote this week, as holdouts began to fall in line behind the $1.4 trillion plan.