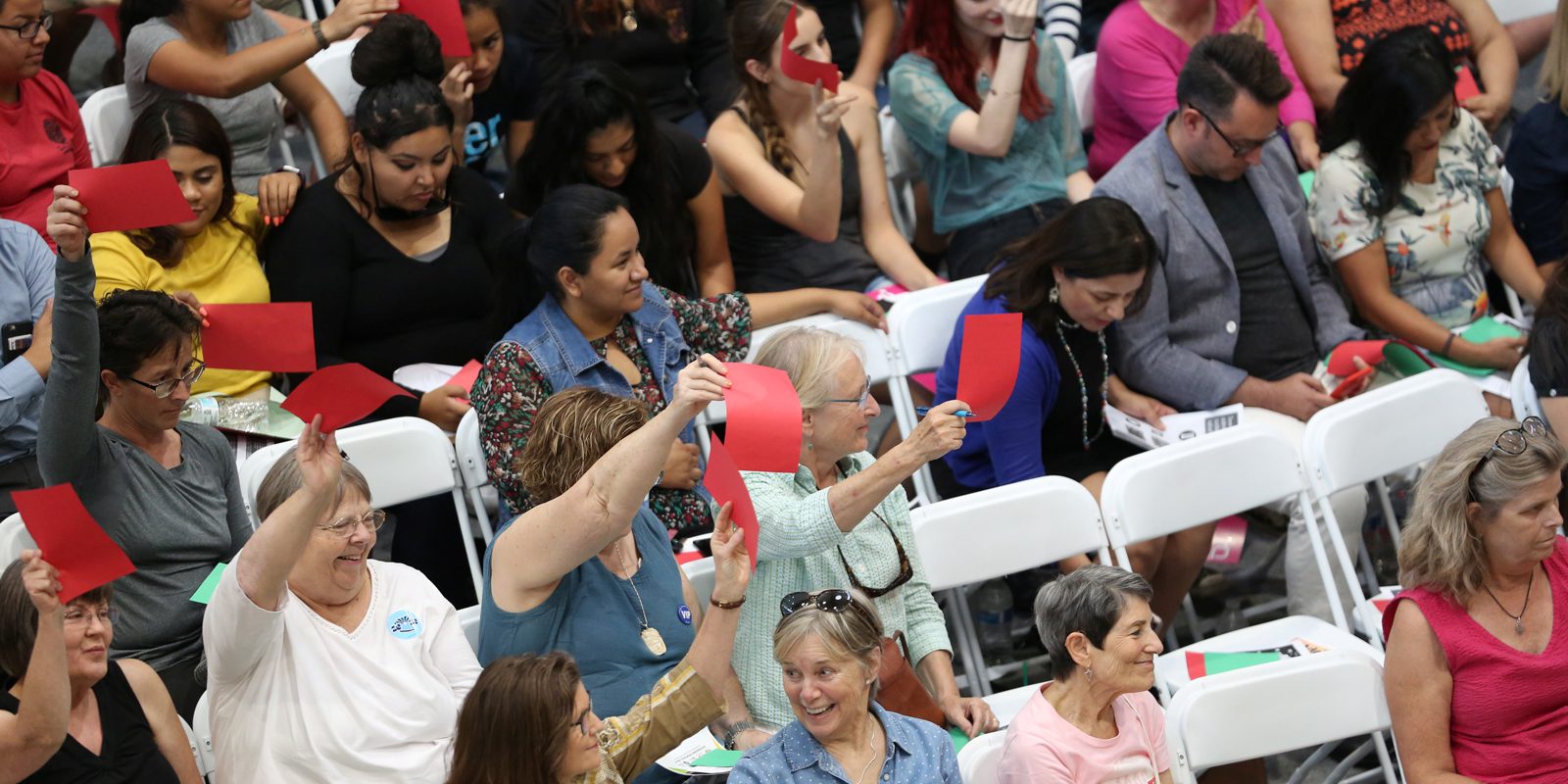 For the next few days, I’m not letting my joy be sullied by doubts. By Monday, I’m sure the high will have worn off. The good news is that the resistance has not only endured, it has worked. No longer a creature of big, splashy Washington marches, it has taken on the grinding scutwork of grassroots organizing—and proof of the success of that approach came on Tuesday, when city, county, and statehouse seats flipped from red to blue.

The resistance has moved into Trump Country, too. Indivisible has nearly six thousand groups—two in each congressional district, according to its website—and there are scores, if not hundreds, of groups in other networks, including Action Together, Swing Left, Flippable, and Pantsuit Nation. The Harvard political scientist Theda Skocpol, who co-authored, with Vanessa Williamson, the definitive study The Tea Party and the Remaking of Republican Conservatism (2011; updated 2016), has teamed up with the health-policy expert Katherine Swartz and the sociologist Mary Waters to study counties that went for Trump in four states that went for Trump: Ohio, Pennsylvania, North Carolina, and Wisconsin. Skocpol says she was startled to find so many flourishing anti-Trump groups in these conservative strongholds. She thinks the resistance is at least as extensive as the Tea Party at its height (a quarter of a million to three hundred thousand active members, according to her estimates). It is certainly as energized. Skocpol hasn’t seen a liberal movement like it in decades, she says.

Probably the greatest misconception about the resistance is that it’s a youth movement. By an overwhelming majority, the leaders of the groups are middle-aged women—middle-aged white women, to be exact. A great many of them have never been involved in electoral politics before. Many never even went…