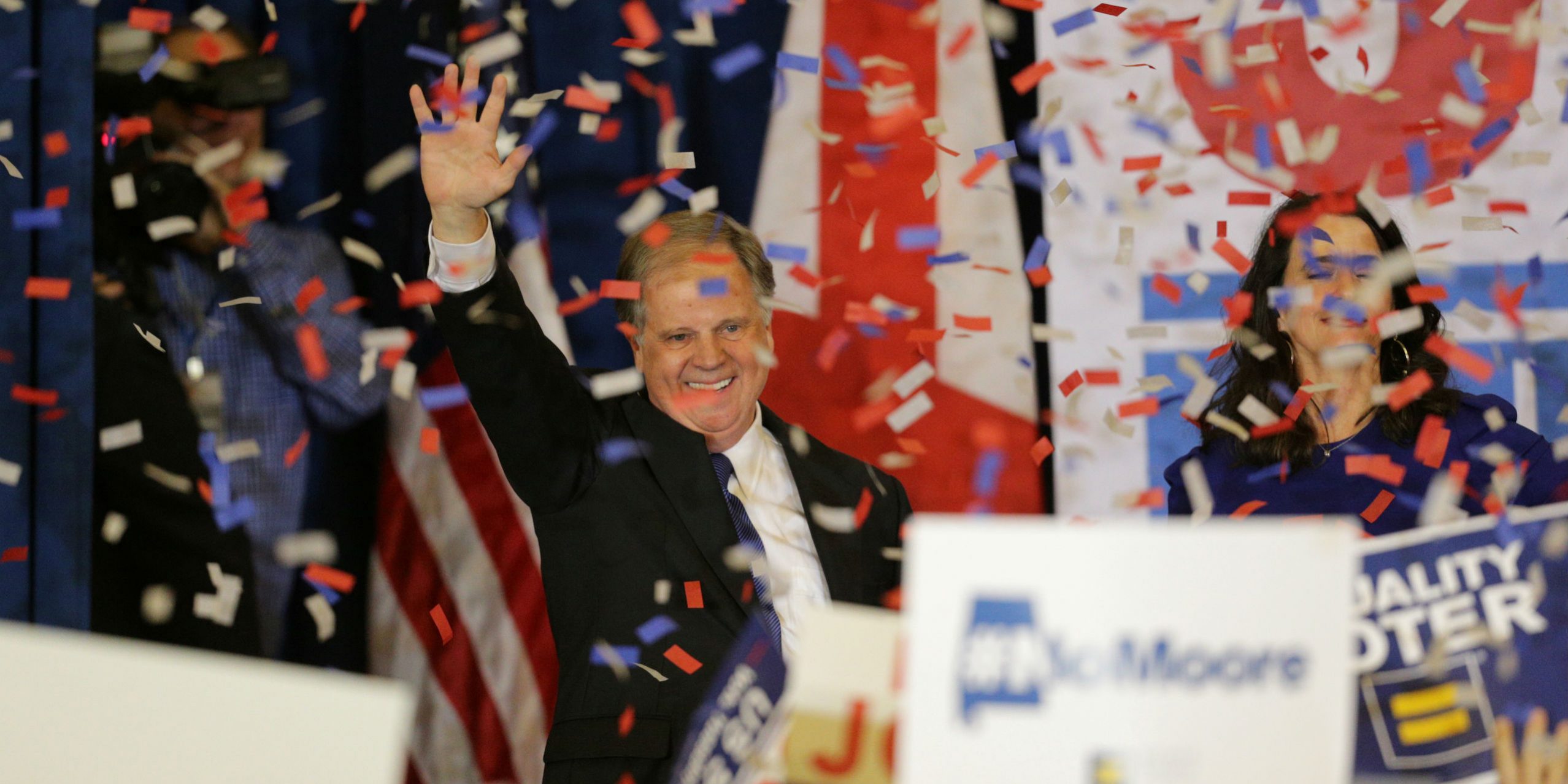 A group of African-American organizers in Alabama, who played a role in driving the turnout that led to Democratic candidate Doug Jones’ win in the special Senate election, issued an open letter on Friday congratulating him while urging that he keep his campaign promises, instead of tacking right to appease the conservative makeup of the state. “The ticker tape for the Jones victory has barely been swept from the floor and we are already seeing him pandering to the right and stepping away from the interests of the people who elected him,” said LaTosha Brown, co-founder with Cliff Albright of the Black Voters Matter Fund.

A coalition including two NAACP chapters.