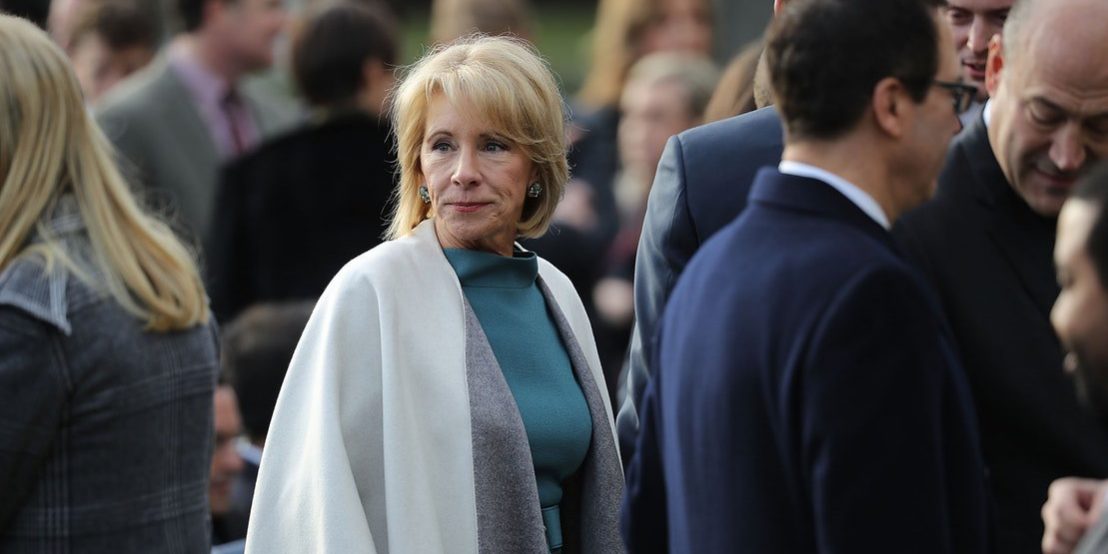 Around 4.6 million Americans are in default on their student loans, with no sign of this crisis abating. A disproportionate number of these debtors went to for-profit colleges, students who hoped to climb their way to prosperity and were instead thrown off the ladder. The Trump administration has pummeled a lot of people this year, but what they’ve done to fraud victims savaged by con artists ranks among the worst abuses on the list.

That’s essentially what Education Secretary Betsy DeVos announced last week for students defrauded by for-profit chain Corinthian Colleges. Victims of the corrupt diploma mill will not have their student loans discharged; instead, they will get a portion of relief based on their current income. The more professional ingenuity they showed despite being defrauded by Corinthian, the less money they will get in restitution.

It’s yet another way in which DeVos has acted in favor of the for-profit college industry, which was left for dead after several major companies’ deceptive schemes finally caught up with them. Not only is DeVos shielding the industry from the consequences of those misdeeds, she’s rewriting the rules to legalize those practices.

The education secretary’s latest move is another favor to for-profit colleges.