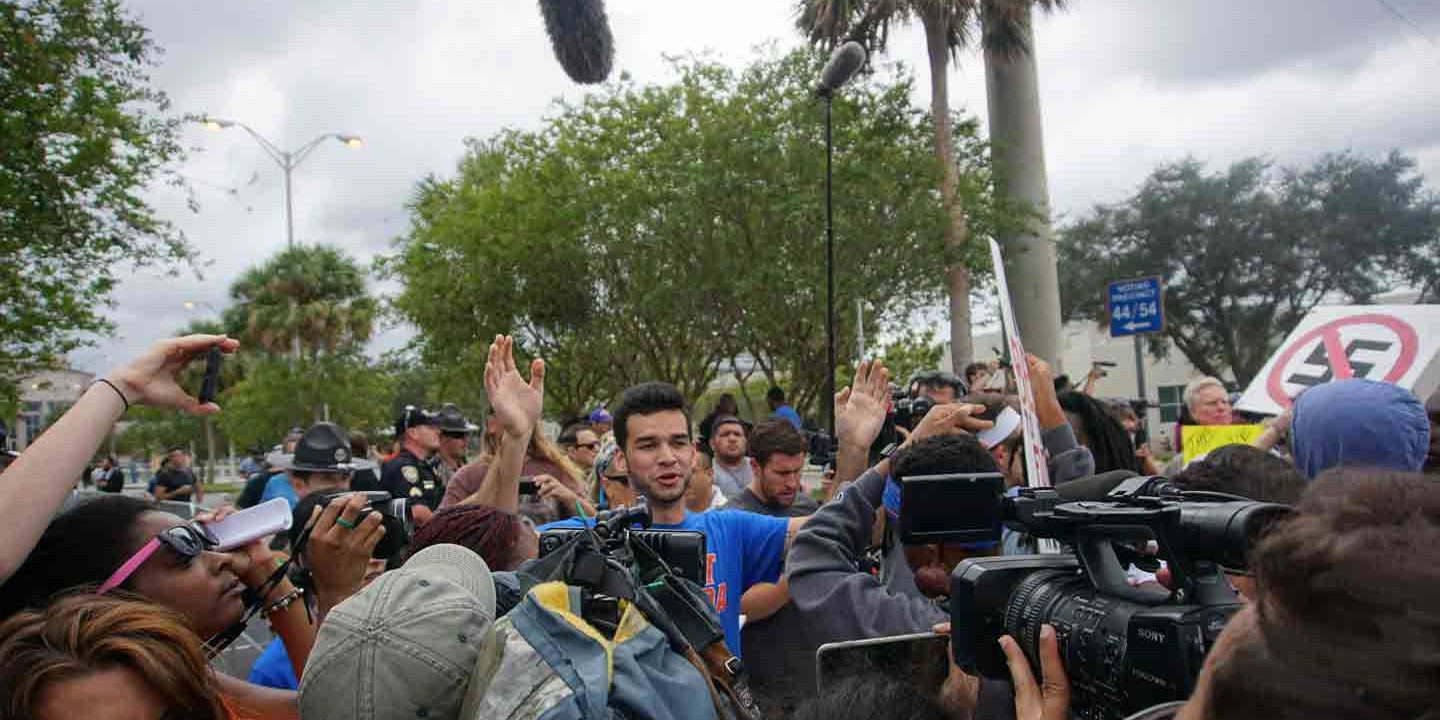 In late November, the University of Michigan announced that it would begin talks with Richard Spencer about granting the white-supremacist leader a venue on campus for a speaking event. “However sickening it is,” the president wrote in a statement, the university administration was “legally prohibited from blocking such requests based solely on the content of that speech.”

The University of Michigan campus is following a similar course, with a student-led anti-Spencer movement contending with a university administration that appears most interested in upholding the free-speech rights of a white supremacist. According to Haoi An Pham, one of the lead organizers of the coalition “Stop Spencer at the University of Michigan,” the university announced that it would not support any student walkouts, arguing that they would be disruptive to the classroom environment. Yet, An Pham said, administrators seem all too ready to ignore how a white supremacist might disrupt the classroom environment for students of color. “We have an $11 billion endowment, we have some of the best legal resources in the country, and yet they prioritize a possible lawsuit over student safety,” she said. “You can say you deny white supremacy, but that’s not going to prevent a student from getting shot.” As Elizabeth King writes in Pacific Standard, “Students have become the primary defenders of their campuses from far-right forces…. While universities continue to allow dangerous speakers on campus, students will continue to find themselves bound to protest not just the speakers, but also their schools’ own administrators.”

This wildly successful protest took months of planning by a handful of students with no help from their university.