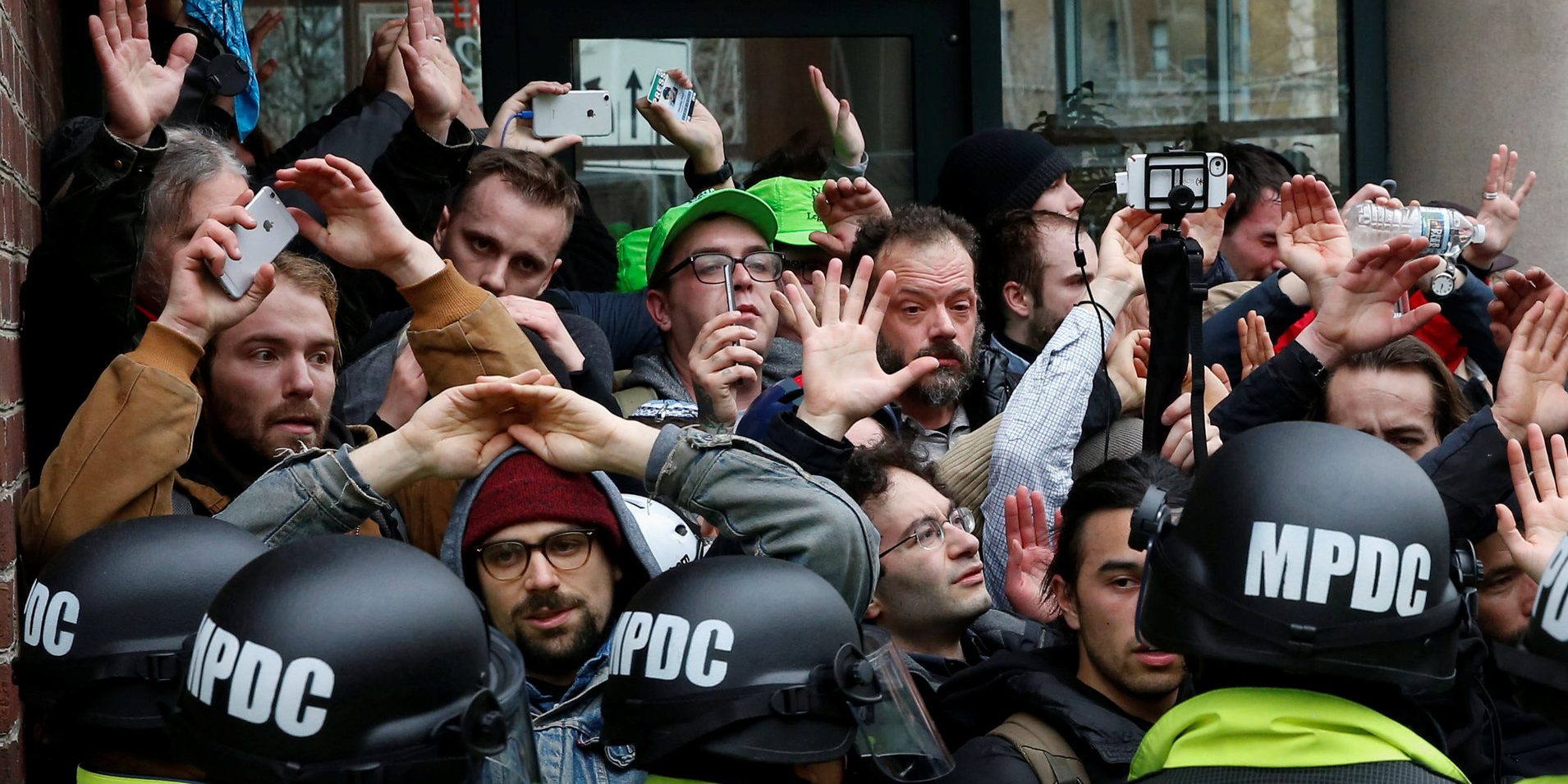 Justice Department prosecutor Jennifer Kerkhoff carried the cardboard evidence box past the jury and placed it next to Officer Andre Reid, the 14-year veteran of the D.C. Metropolitan Police Department seated in the witness stand. Snapping on blue medical gloves inside this downtown courtroom, she took out a JanSport backpack ― the government’s exhibit number 43 ― and began removing its contents: two sharpies, a pencil, a pen, a Florida driver’s license, green goggles, a black bandana, black gloves, sunglasses, an energy drink, a phone charger with a cord, and a black hat.

As jurors looked on, Kerkhoff and Reid examined a mask. “Have you ever heard of the term ‘balaclava’?” Kerkhoff asked? Reid hadn’t. He called it a ski mask. They took a look at a plastic bag containing two bandanas soaked in some mysterious “solution” that had a smell to it. “Can you smell that now?” Kerkhoff asked. Reid could.