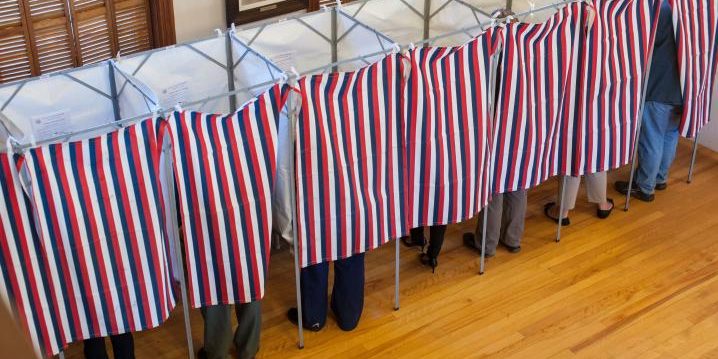 The 2016 election was a bittersweet one for the New Hampshire Republican Party. The GOP won unified control of the state government, but Hillary Clinton carried the state and Democratic Sen. Maggie Hassan squeaked out a narrow victory. Donald Trump alleged that voters bused in illegally from Massachusetts tipped the state away from him, a claim endorsed by GOP state legislators despite a total lack of evidence. Kansas’ Republican Secretary of State Kris Kobach, the head of Trump’s voter fraud commission, has also falsely claimed to have “proof” that thousands of illegal votes tipped the 2016 election toward Democrats.

In response, New Hampshire Republicans have initiated a crackdown on voting rights designed to suppress likely Democratic voters. First, legislators rammed through a voter intimidation bill, creating new documentation requirements for those who wish to cast a ballot and subjecting them to arrest and prosecution if they lack the necessary forms. (A state court quickly blocked the measure.) Now Republicans are taking aim at the population they blame for last year’s Democratic successes: college students. A new bill would impose steep fees on all voters who lack a New Hampshire driver’s license—despite the fact that it is perfectly legal to vote in New Hampshire with an out-of-state license. The measure is tantamount to a post-election poll tax. It stands an excellent chance of becoming law.

The 2016 election was a bittersweet one for the New Hampshire Republican Party. The GOP won unified control of the state government, but Hillary Clinto …