Opinion | Rex Tillerson: I Am Proud of Our Diplomacy 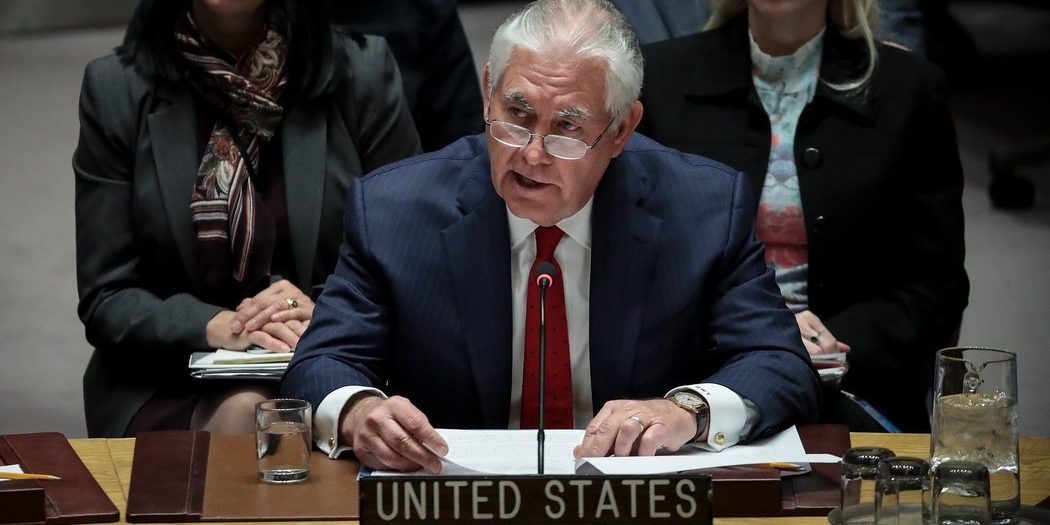 WASHINGTON — Over the past year, the United States has faced immense challenges in its dealings with North Korea, China and Russia, and in its efforts to defeat international terrorism. But Americans should be encouraged by the progress the State Department and United States Agency for International Development have made in pushing for global peace and stability.

When I wake up each morning, my first thought is, “How can I and my colleagues at the State Department use diplomacy to prevent people around the world from being killed, wounded or deprived of their rights?” In spite of the challenges, I remain optimistic about the power of diplomacy to resolve conflicts and advance American interests. My confidence comes from the knowledge that our efforts are carried out daily by patriotic and dedicated State Department employees who make sacrifices to serve with patience and persistence and who, by advancing democratic values the world over, are protecting our citizens’ rights to life, liberty and the pursuit of happiness.

Opinion | Rex Tillerson: I Am Proud of Our Diplomacy

The United States has helped push Islamic State out of Syria and Iraq, and is on stronger footing in its dealings with North Korea, Russia and China.