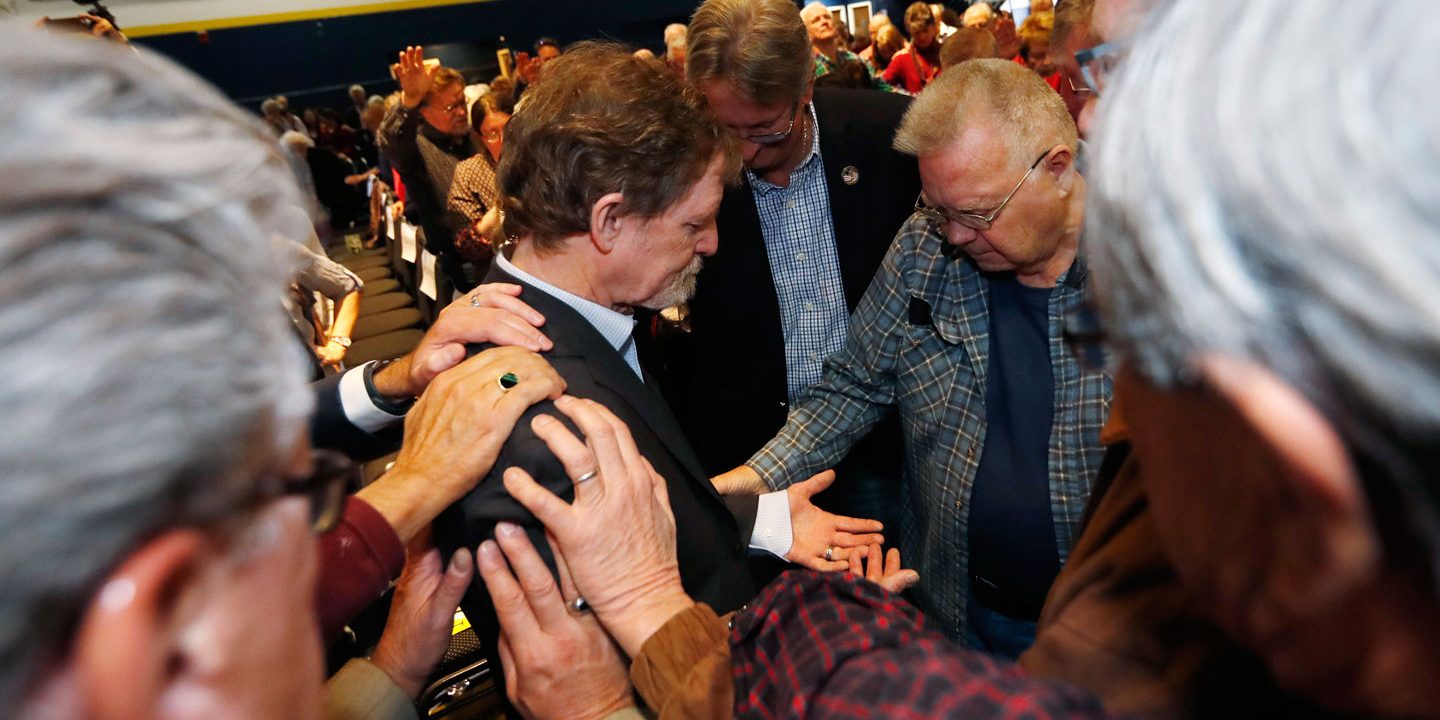 On a sunny morning in September, Representative Vicky Hartzler, a Missouri Republican, held a press conference with four of her congressional colleagues to announce their support for Jack Phillips, a Colorado baker. The conservative Christian and “cake artist” had been found in violation of Colorado’s anti-discrimination law when he refused to bake a wedding cake for a same-sex couple. Phillips is now the plaintiff in one of the most closely watched cases on the Supreme Court’s docket this term, Masterpiece Cakeshop, Ltd. v. Colorado Civil Rights Commission.

Hartzler had just spent a good part of her summer pressing for a ban on transgender people in the military because she believes they constitute a “domestic threat.” She was one of 86 Republican lawmakers who had just signed onto an amicus brief supporting Phillips’s novel claim that baking and decorating a wedding cake is constitutionally protected artistic expression. Phillips has also argued that he should not be required to deploy his creative talents on behalf of a same-sex couple, because doing so would violate his religious beliefs.

“A government that tells you what you must say and what you must do, and punishes you if you don’t, is frightening,” Hartzler said. “That kind of state power should scare all of us.”

A special investigation into the rise of Alliance Defending Freedom.