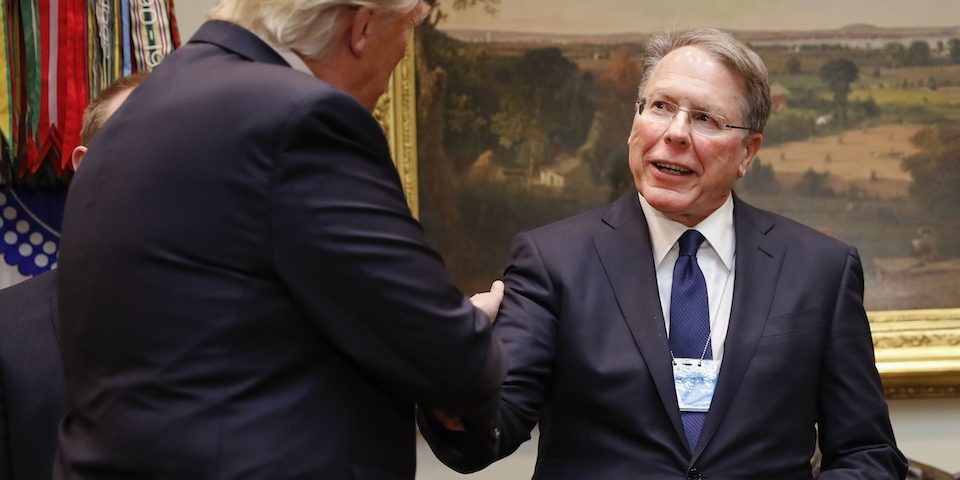 Not only did Donald Trump not tweet out messages of condolences for families who lost loved ones five years ago on Thursday at the Sand Hook gun massacre in Connecticut, and not only did White House press secretary Sarah Sanders on that day insist there’s simply nothing that can be done to battle American epidemic of gun violence, but Trump himself managed to insult the Sandy Hook families in another appalling way.

In a craven display of collective indifference, Trump hosted Wayne LaPierre, the controversial head of the NRA, at the White House on Thursday night, as families and friends of the elementary school gun massacre were remembering the victims of the horrific killing spree.

The shooting rampage claimed 26 lives, including 20 young children. In the wake of the attack, LaPierre’s NRA spread lies about the emergency response to the attack, lashed out at critics, and urged that every school in America have armed guards in order to fend off possible gunmen wielding AK-47s.

And soon after that, LaPierre led the fight to obstruct President Barack Obama’s bipartisan effort to pass a wildly popular background check bill.

Trump didn’t even acknowledge the fifth anniversary of the Sandy Hook massacre. He was too busy partying with the head of the NRA.