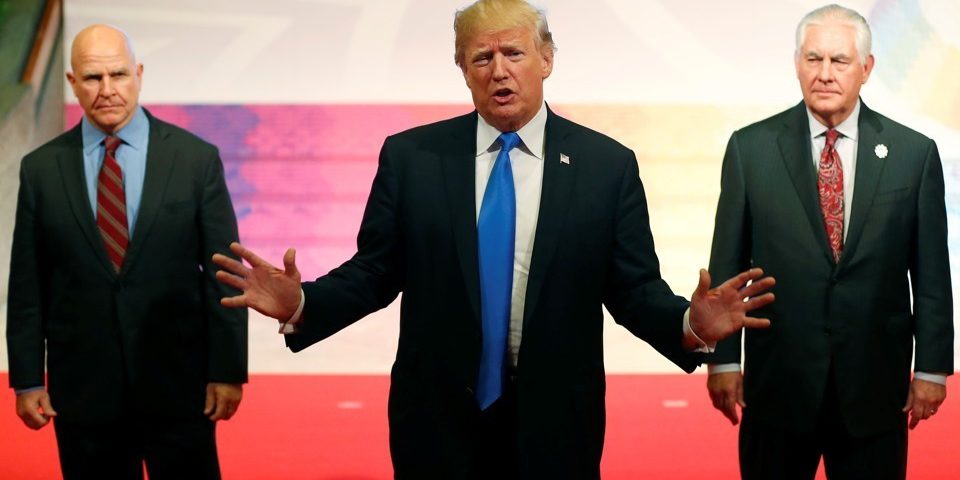 The Trump administration is preparing to roll out its new National Security Strategy, a document meant to guide its national security policies. Yet a Trump administration staffer who reviewed a draft of the document—and shared key excerpts with me—describes it as “divorced from the reality” of Trump’s presidency. (This person requested anonymity because he was not authorized to speak publicly about the document before its release.) A few classically Trumpian themes are there—the wall, concern over trade imbalances—but much of the document reflects the values and priorities of the president’s predecessors.

These discrepancies render the document practically meaningless—enough so that it’s likely to be “widely ignored,” says Kori Schake, a fellow at Stanford University’s Hoover Institution and co-editor of the book Warriors and Citizens with Defense Secretary James Mattis.

In the end, Trump’s actions will matter far more than his words. And no matter how much fanfare this strategy document gets, foreign governments will likely continue to take their cues from the president himself.

The current plan is to roll out the NSS on December 18, the administration official said. Axios reported Trump has signed off on its core elements and the president’s cabinet was scheduled to review it this week.

An exclusive preview of the White House’s plan highlights the wide gulf between what the president says and what he does.