The United Nations general assembly has delivered a stinging rebuke to Donald Trump, voting by a huge majority to reject his unilateral recognition of Jerusalem as Israel’s capital.

The vote came after a redoubling of threats by Nikki Haley, the US ambassador to the UN, who said that Washington would remember which countries “disrespected” America by voting against it.

Despite the warning, 128 members voted on Thursday in favour of the resolution supporting the longstanding international consensus that the status of Jerusalem – which is claimed as a capital by both Israel and the Palestinians – can only be settled as an agreed final issue in a peace deal. Countries which voted for the resolution included major recipients of US aid such as Egypt, Afghanistan and Iraq.

Although largely symbolic, the vote in emergency session of the world body had been the focus of days of furious diplomacy by both the Trump administration and Israel, including Trump’s threat to cut US funding to countries that did not back the US recognition. 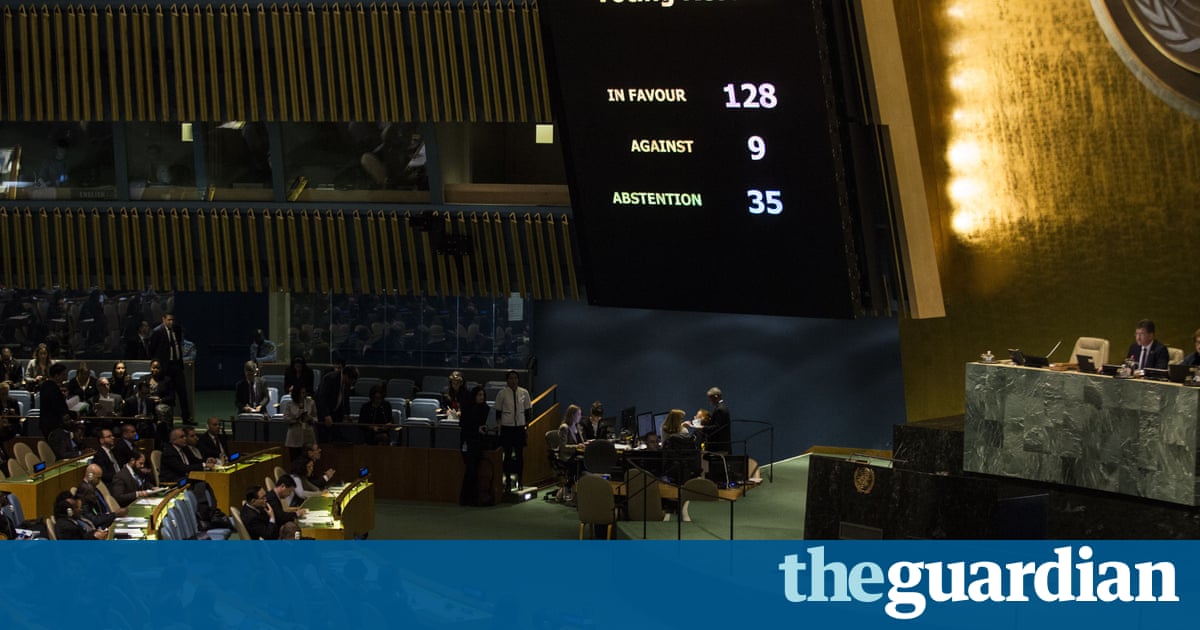