Voucher Schools Championed By Betsy DeVos Can Teach What They Want. Turns Out They Teach Lies. 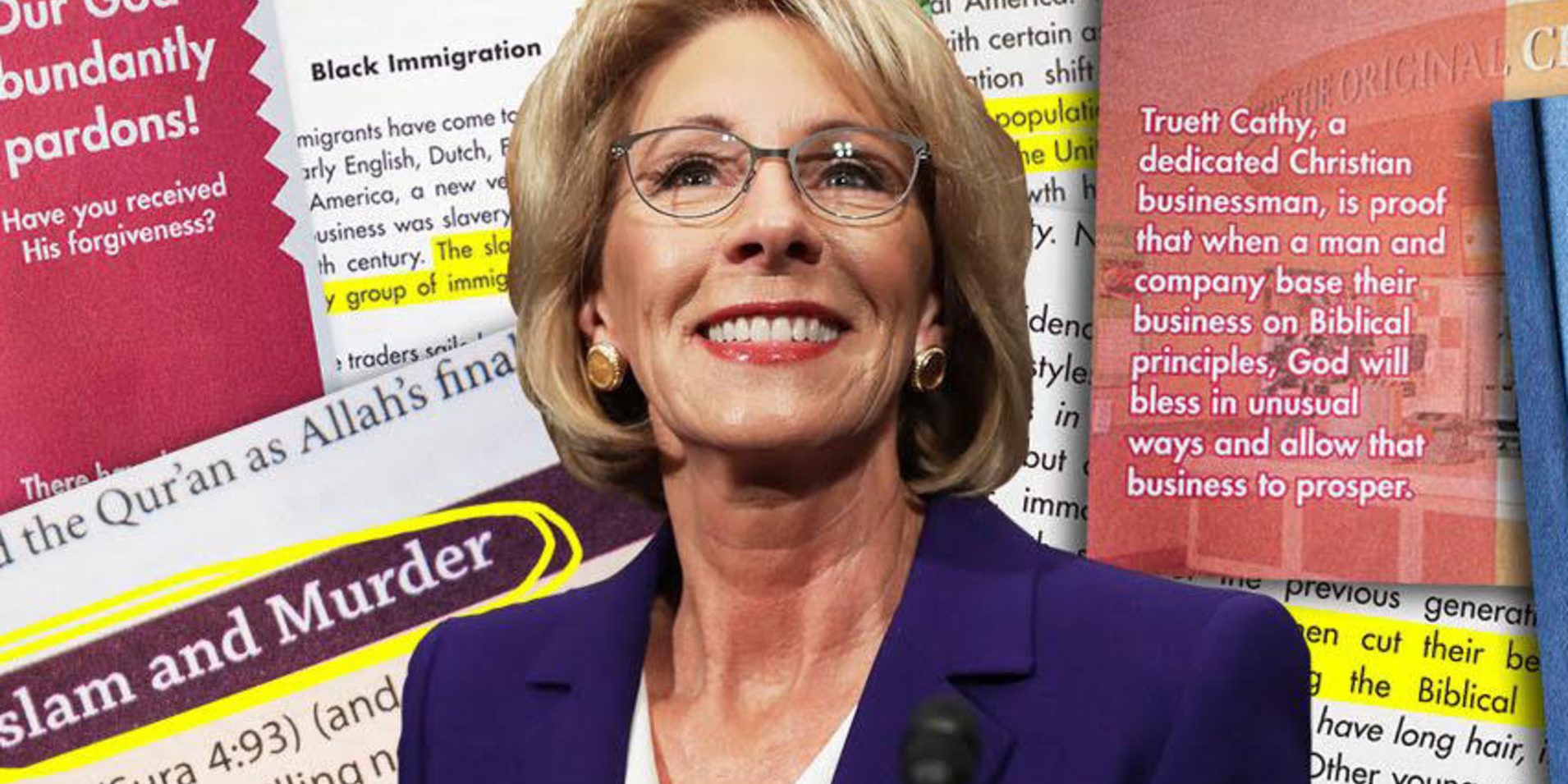 These schools are among thousands in the United States that participate in private school choice programs, which most often come in the form of state-level voucher or tax credit scholarships. Voucher programs offer publicly funded financial aid to parents for private schools. Tax credit programs usually offer individuals or corporations tax credits if they donate to a scholarship granting organization, which in turn offers private school scholarships based on various criteria, including income.

President Donald Trump and Education Secretary Betsy DeVos have openly championed such programs and have encouraged states to embrace school choice, arguing that voucher programs give parents an alternative to low-performing public schools. Currently 14 states and the District of Columbia have voucher programs, and 17 have tax credit programs. DeVos has made it a top priority to push a federal school choice initiative.

Many of the private schools that participate in these state-led programs are run by evangelical Christian churches. They are sometimes unaccredited and can teach a curriculum similar to the one Bishop studied ― all with the help of taxpayer dollars.

The textbooks used at all of Bishop’s schools were published by three of the most popular, and most ideologically extreme, Christian textbook companies: Abeka, Bob Jones University Press and Accelerated Christian Education. The ideas in these textbooks often flout widely accepted science and historical fact.

But the number of schools using these resources is largely unknown, even in states where they receive support from publicly funded scholarships. No state or federal organization tracks the curriculum being used in private school choice programs. The religious affiliations of schools that participate in these programs are also not always tracked.

That means there are thousands of kids receiving an extremist and ultraconservative education at the expense of taxpayers.

Voucher Schools Championed By Betsy DeVos Can Teach What They Want. Turns Out They Teach Lies.