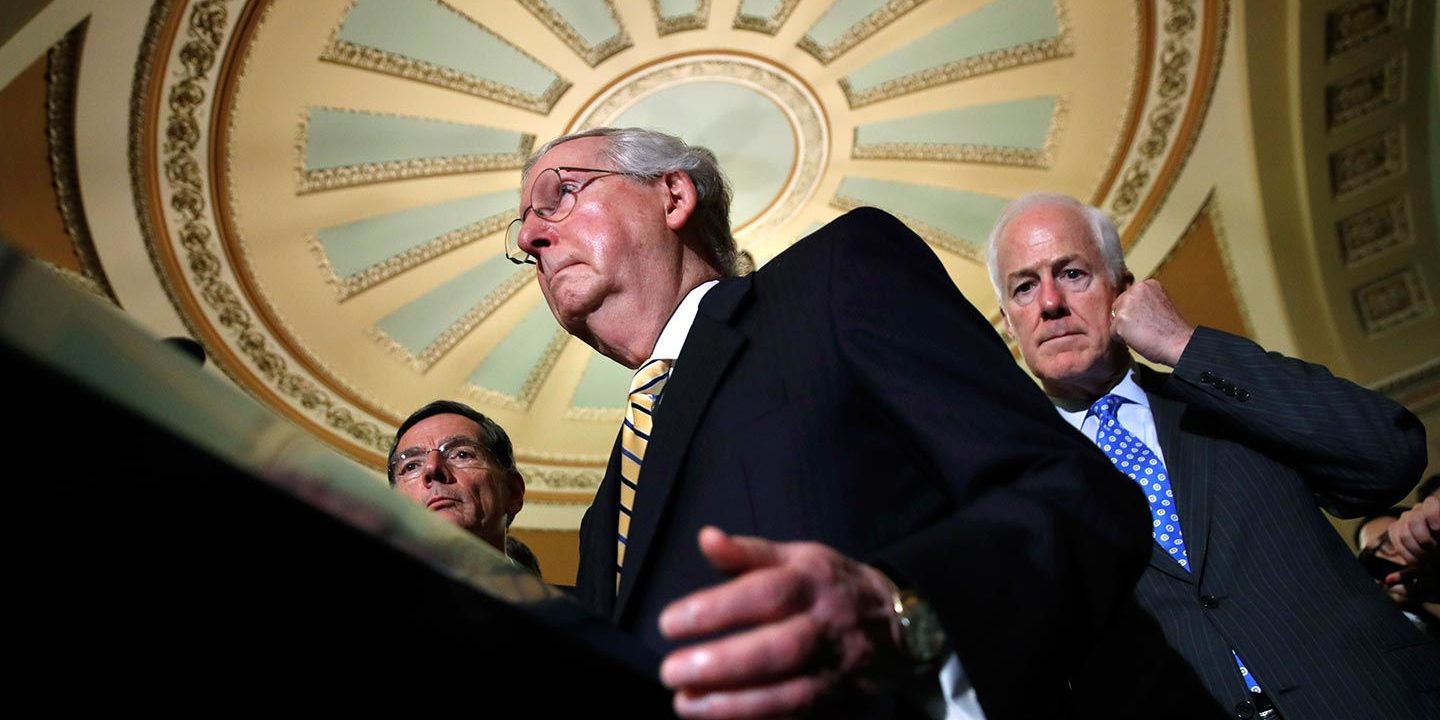 Republicans Are Looting the Treasury While They Still Can.

As a result of a combination of gerrymandering and the inefficient distribution of Democratic voters, the GOP might be able to hold on to control of the House despite losing the popular vote by as much as seven or eight points. Next year, Republicans will defend only nine Senate seats, many of them in solidly red states, while their opponents try to hold 25. And conservative donors have threatened to close their wallets if they don’t get big cuts.

But those factors alone don’t explain congressional leaders’ apparent contempt for public opinion. Looking at the bigger picture suggests that they’ve internalized the “emerging Democratic majority” thesis: They know that the electorate is becoming more diverse, more urban, and better educated. They understand that their core demographic—married whites who identify as Christians—is in rapid decline. This is what animates their relentless efforts to suppress the vote of typically Democratic constituencies, and it explains their rush to pass a massive rewrite of the tax code that’s historically unpopular.