All Signs Point to Big Democratic Wins in 2018 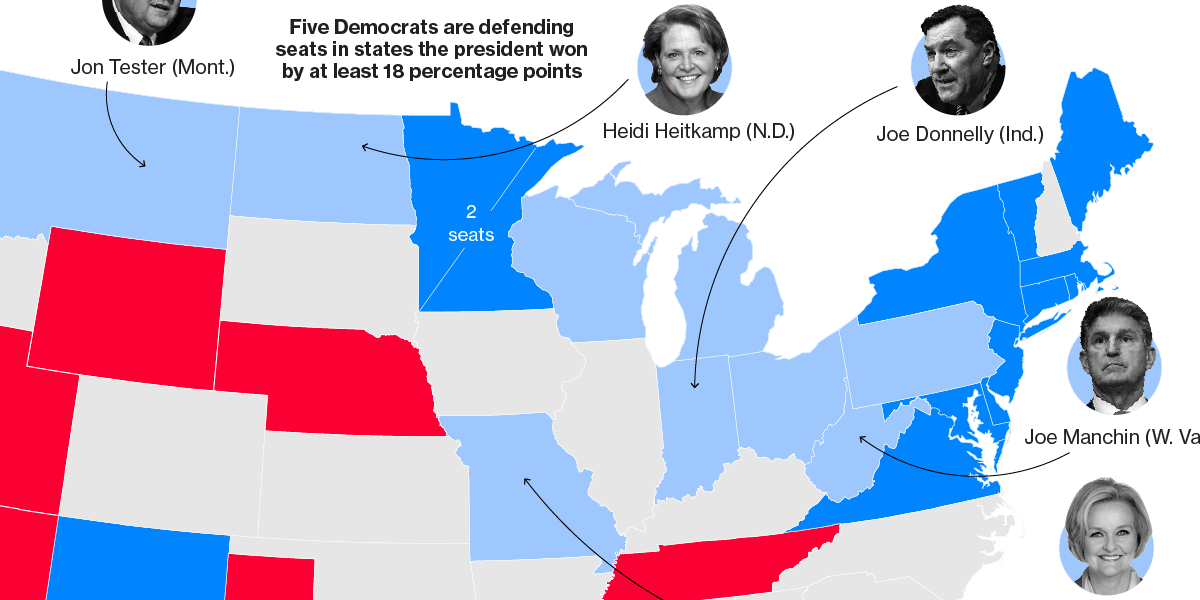 History, demographics and the national mood are pointing to one conclusion about the 2018 congressional races: Democrats are well-positioned to bring one-party government in Washington under Donald Trump’s presidency to a screeching halt.

There’s a confluence of evidence indicating a so-called wave election may be building that would allow Democrats to wrest the House of Representatives from Republican control. A Democratic takeover of the Senate will be harder to achieve.

“We are all very sensitive to the political environment we’re in,” said Oklahoma Representative Tom Cole, who led House Republicans’ campaign arm in 2008. Republicans are girding for an “extraordinarily competitive” election.

Even if only one chamber flips to the Democrats, Trump’s ability to impose his agenda would be thwarted, and his administration almost certainly would find itself pinned down by investigations and subpoenas from congressional committees.

An analysis by Bloomberg Government of historical data, election maps and public polling points to sweeping Democratic gains in the November election, when all 435 House seats and one-third of the Senate are on the ballot.

All Signs Point to Big Democratic Wins in 2018

The House, not the Senate, may be easier to grab from Republican control.