When it comes to gubernatorial races, Republicans say they’re a victim of their own success from two great election cycles in a row. Going into 2018, Republicans control a near-record high of 33 governor’s mansions, including a number in blue and swing states. Democrats, meanwhile, hold a near-record low.

Which means in 2018, the only place to go may be up for Democrats.

And Democrats will have a lot of opportunities to chip away at their deficit. Of our top 10 governor races, eight are Republican-held seats. Most of those Republican governors are term-limited out in 2018, which is good news for Democrats, because one of the hardest thing to do in politics is kick out a sitting governor. 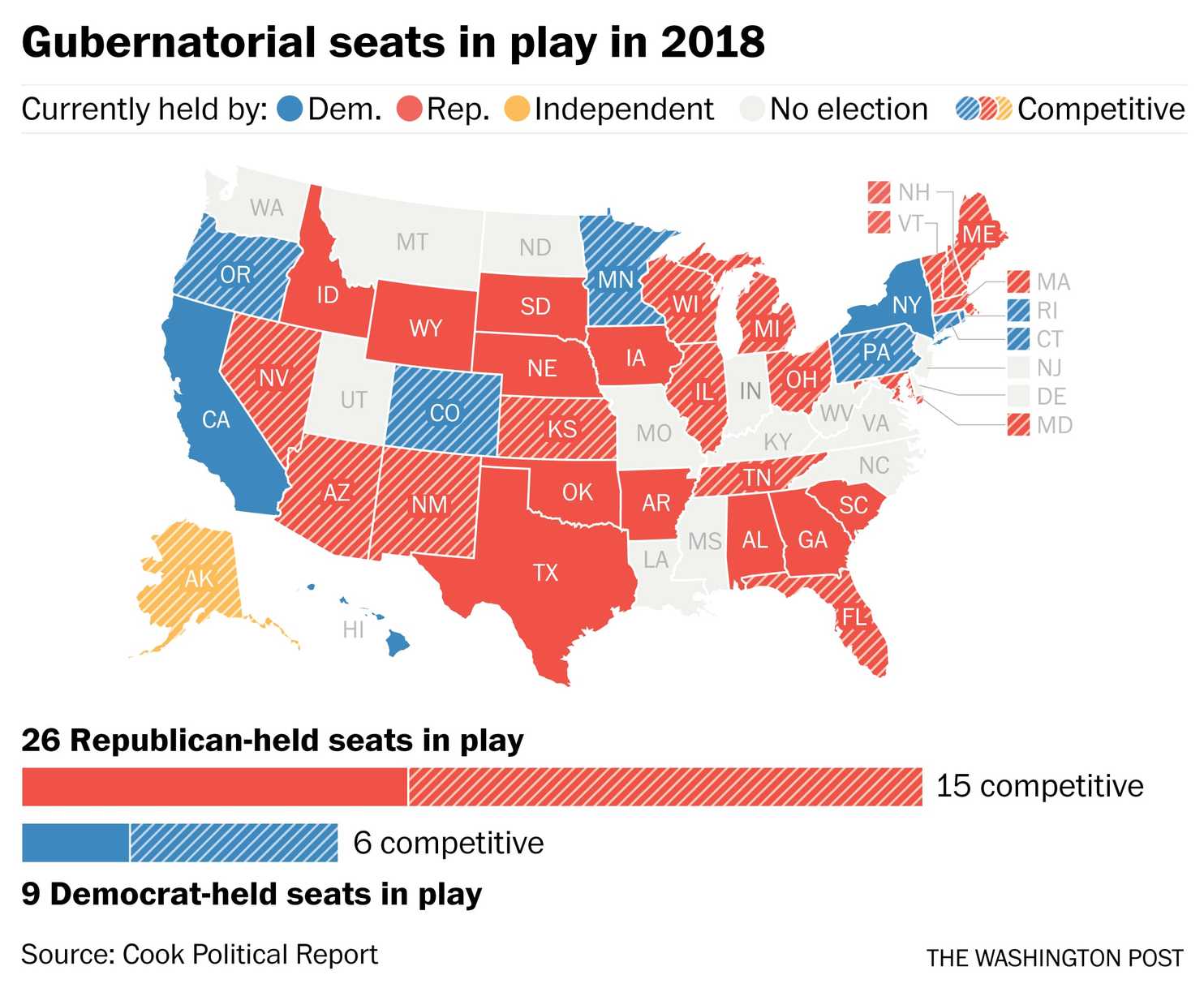 In our first ranking, there’s nowhere for Democrats to go but up.