As U.S. Trumpets ‘America First,’ Rest of the World Is Moving On 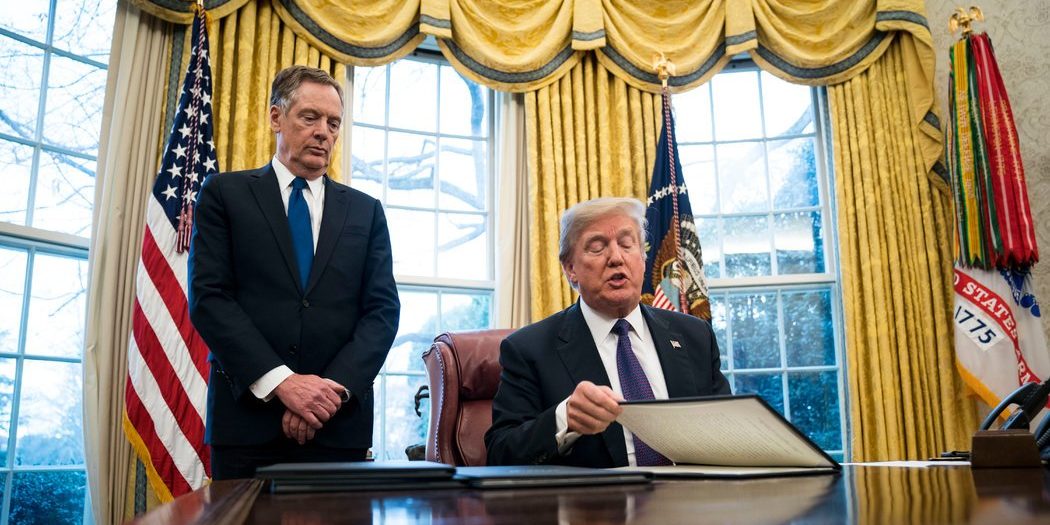 President Trump is arriving at the World Economic Forum in Davos, Switzerland, to explain his “America First” approach at a moment when the world is moving ahead with a trade agenda that no longer revolves around the United States.

The world marked a turning point in global trade on Tuesday, when 11 countries agreed to join the Trans-Pacific Partnership, announcing they had finalized the pact and expected to sign a deal on March 8 in Chile. It was a remarkable moment for a beleaguered agreement that was conceived and constructed by the United States, then abandoned by Washington when Mr. Trump took office last year.

As the world’s largest economy and architect of many international organizations and treaties, the United States remains an indispensable partner. But as the global economy gains strength, Europe and countries including Japan and China are forging ahead with deals that do not include the United States.

Thirty-five new bilateral and regional trade pacts are under consideration around the world, according to the World Trade Organization. The United States is party to just one of them, with the European Union, and that negotiation has gone dormant. The United States is also threatening to withdraw from one of its existing multilateral agreements — the North American Free Trade Agreement with Mexico and Canada — if it cannot be renegotiated in the United States’ favor.

As U.S. Trumpets ‘America First,’ Rest of the World Is Moving On

As President Trump touts a more aggressive approach to trade, other countries are moving on with deals that do not include the United States.