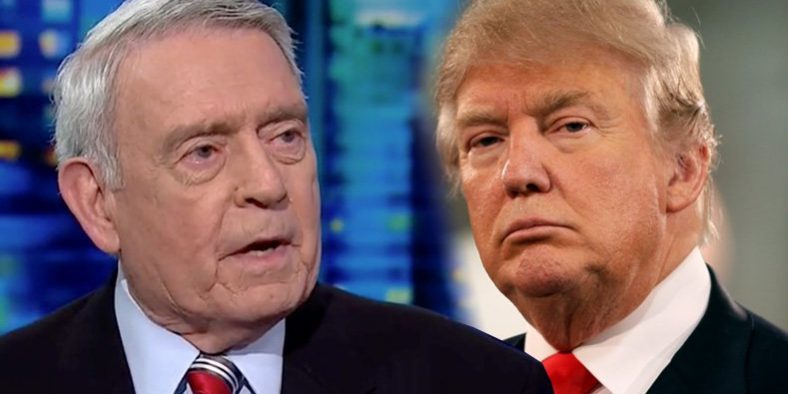 Dan Rather, best known for his 24-year tenure as anchor of ‘CBS Evening News, is no fan of Trump as evidenced by his many Facebook posts, articles and appearances on news casts.

In one of his more noteworthy Facebook posts, the legendary newscaster called out Trump last September, writing: “To call Trump a con man, as many have, is a disservice to the art of the con. By its definition a con requires deceit. But Trump has not tried to hide his lies or the sheer unrealistic audacity of his cartoonish policy positions.”

Rather has also spoken out against the media for their failure to hold Trump accountable for his many lies and failures.

Last December he warned the media not to underestimate Donald Trump, stating that although he appears to make dumb statements, he is actually quite intelligent, that all his controversial remarks are “tactical moves” designed to attract the hard-right base. Rather also remarked that Trump was “confusing the bully pulpit with the BS pulpit.”

Last September, Rather turned to his Facebook page and published – perhaps – his harshest criticism of the media. Warning that Trump “cynically plays the press corps’ deep desire for fairness to his undeserved benefit,” Rather wrote that “Fear, combined with the lure of ratings, views, clicks and profits, have hypnotized too much of the press into inaction and false equivalency for far too long.”