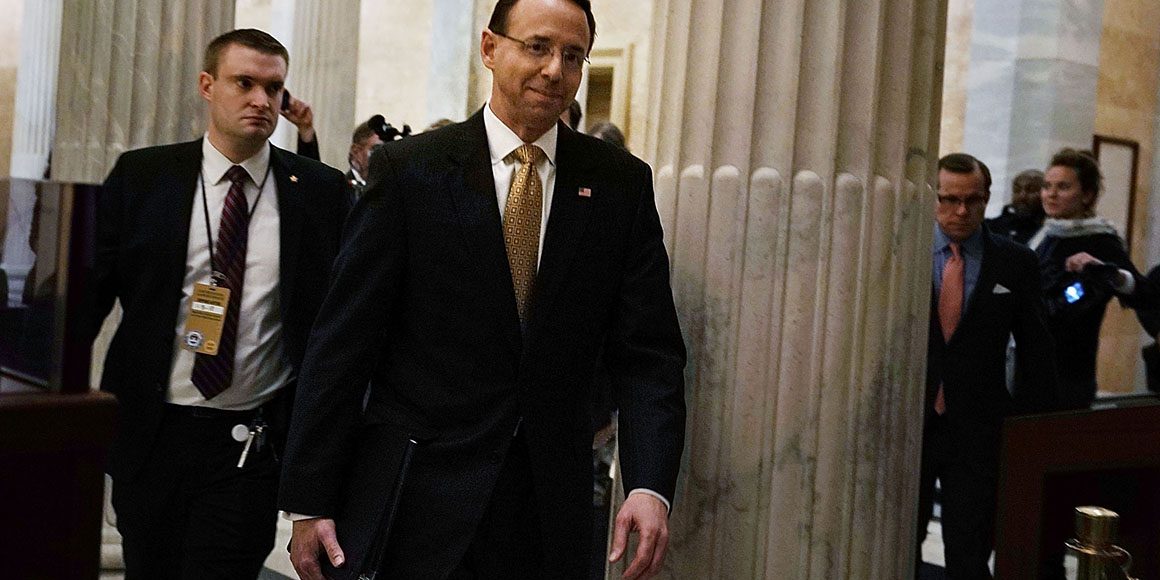 Rosenstein was spotted entering Ryan’s office, and a spokesman for the speaker confirmed that Rosenstein and Wray had requested the meeting. A second person familiar with the meeting said it was related to a document request issued over the summer by House intelligence committee chairman Devin Nunes.

Nunes (R-Calif) has mounted an aggressive push — with the threat of contempt citations for members of the FBI and Justice Department — to glean more information about how the FBI handled a disputed dossier alleging illicit ties between President Donald Trump and the Kremlin.

“Unfortunately, DOJ/FBI’s intransigence with respect to the August 24 subpoenas is part of a broader pattern of behavior that can no longer be tolerated,” Nunes wrote to Rosenstein in a letter provided to Fox News last week.

Nunes is seeking details about meetings between FBI officials and those who helped compile the dossier. He also demanded interviews with a slate of top FBI officials. And he’s floated the notion of issuing contempt resolutions against Rosenstein and Wray if they fail to comply.