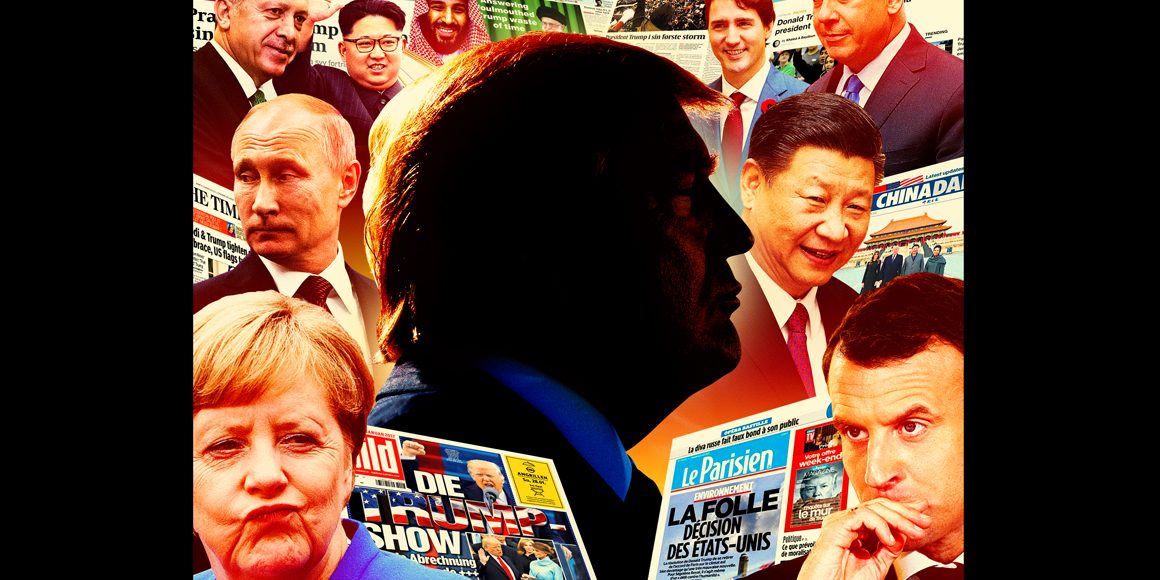 So what the hell is going on? I’ve come to believe that when it comes to Trump and the world, it’s not better than you think. It’s worse. The president is not playing the leadership role the rest of the world has come to expect from the United States, and the consequences are piling up. Still, it is also true that the world hasn’t exactly melted down—yet—as a consequence, leading some to conclude that Trump is merely a sort of cartoonishly incompetent front man, a Twitter demagogue whose nuclear-tinged rhetoric and predilection for cozying up to dictators should be discounted in favor of rational analysis of the far more sober-minded, far less radical policies actually put in place by his team

When President Donald Trump sat down for dinner on September 18 in New York with leaders of four Latin American countries on the sidelines of the annual United Nations General Assembly, anxieties were already running high.

There was the matter of Mexico and his promise to build that “big, beautiful wall,” presumably to keep not just Mexicans but all of their citizens out of the United States too. And the threat to blow up the North American Free Trade Agreement. And then, a month earlier, seemingly out of nowhere, Trump had volunteered that he was considering a “military option” in Venezuela as that country’s last vestiges of democracy disappeared. Amid the international furor over his vow to rain down “fire and fury” on North Korea in the same golf-course press conference, the news that the president of the United States was apparently considering going to war with its third-largest oil supplier had gotten relatively little attention. But the leaders from Argentina, Brazil, Colombia and Panama invited to the dinner remembered it well.

So, it turned out, did Trump. After the photo op was over and the cameras had left the room, Trump dominated the long table. His vice president, Mike Pence, was to his right; Pence had just spent nearly a week on a conciliatory, well-received tour of the region, the first by a high-ranking administration official since Trump’s inauguration. To Trump’s left was his secretary of state, Rex Tillerson. “Rex tells me you don’t want me to use the military option in Venezuela,” the president told the gathered Latin American leaders, according to an account offered by an attendee soon after the dinner. “Is that right? Are you sure?” Everyone said they were sure. But they were rattled. War with Venezuela, as absurd as that seemed, was clearly still on Trump’s mind.

It’s worse than you think.