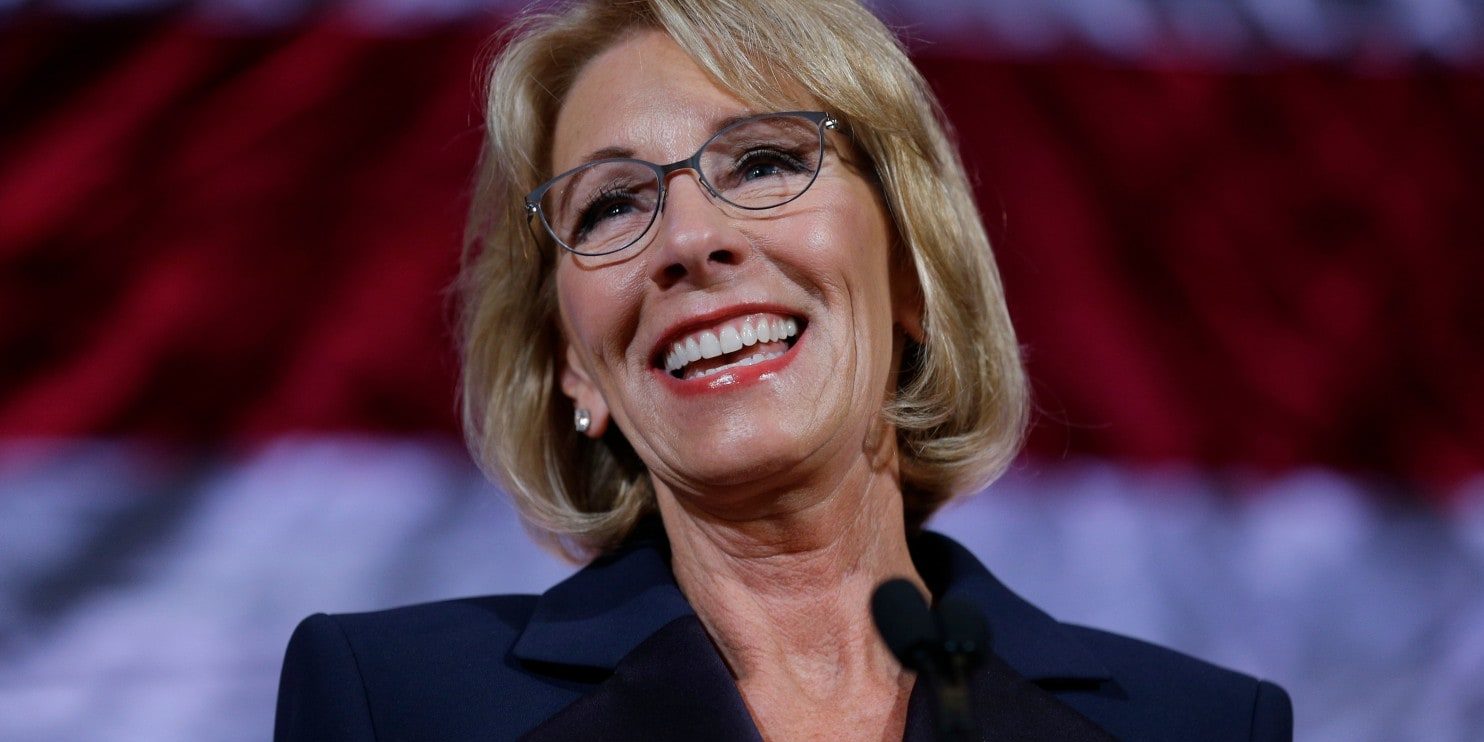 A company that once had financial ties to Education Secretary Betsy DeVos was one of two firms selected Thursday by the Education Department to help the agency collect overdue student loans. The deal could be worth hundreds of millions of dollars.

The decision to award contracts to Windham Professionals and Performant Financial Corp. — a company DeVos invested in before becoming secretary — arrives a month after a federal judge ordered the department to complete its selection of a loan collector to put an end to a messy court battle. Windham and Performant beat out nearly 40 other bidders for contracts valued at up to $400 million, but their win may be short-lived if the losing companies fight the decision.

“The selection of only two [companies] opens the door to protests from the unsuccessful bidders,” Michael Tarkan, senior research analyst at Compass Point, wrote in a research note on Performant. “Based on prior contract awards, we would not be surprised to see protests, lawsuits and appeals which could all delay the start date for the new contract.”

Historically, the department has used as many as 17 companies to recoup past-due student loans. Earlier attempts to whittle down the number of firms have been met with resistance. Companies that lost out on a 2016 debt-collection contract have been embroiled in a lawsuit that has prevented the federal government from assigning new accounts.

Performant Financial Corp. was one of two firms selected Thursday by the U.S. Department of Education to help the agency collect overdue student loans. The deal with could be worth hundreds of millions of dollars.