Europe Is Back. And Rejecting Trumpism. 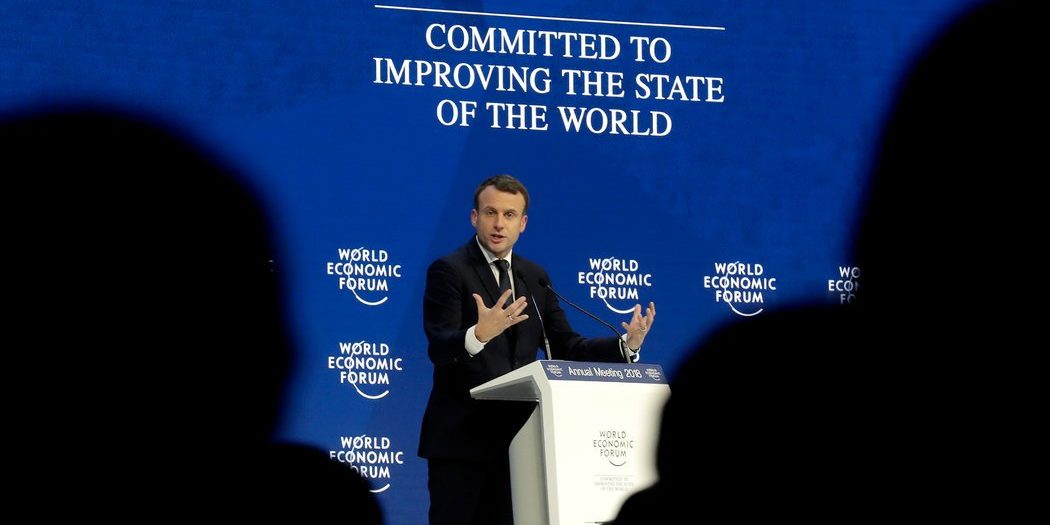 French President Emmanuel Macron laid claim to the mantle of leader of the free world on Wednesday, with an ambitious speech before a packed assembly at the World Economic Forum.

He sought to place France at the center of a mission to revamp global capitalism while spreading its spoils more equitably, forging a mode of commerce centered on innovation, yet bearing protections for workers set back by change.

Mr. Macron’s hourlong speech before the annual gathering of the world’s wealthy and powerful in the Swiss Alps came on the same day that German Chancellor Angela Merkel and Italian Prime Minister Paolo Gentiloni issued their own forceful speeches toward advancing European integration, while defending the notion of international cooperation.

Collectively, they signaled that Europe — only a year ago dismissed as a crippled economic realm fraught with political recrimination — has regained force. Europe’s leaders left no doubt that they aim to channel their newfound economic strength toward advancing the project of European integration first launched in the middle of the last century, seen as an antidote to the brutalities of two world wars.

President Trump was not in the room (he is not due to speak here until Friday). But the shadow of his America First policies hung heavily. The three speeches resonated as a broad rebuttal of the doctrine that Mr. Trump has made his own.

Europe Is Back. And Rejecting Trumpism.