Every One of the World’s Big Economies Is Now Growing 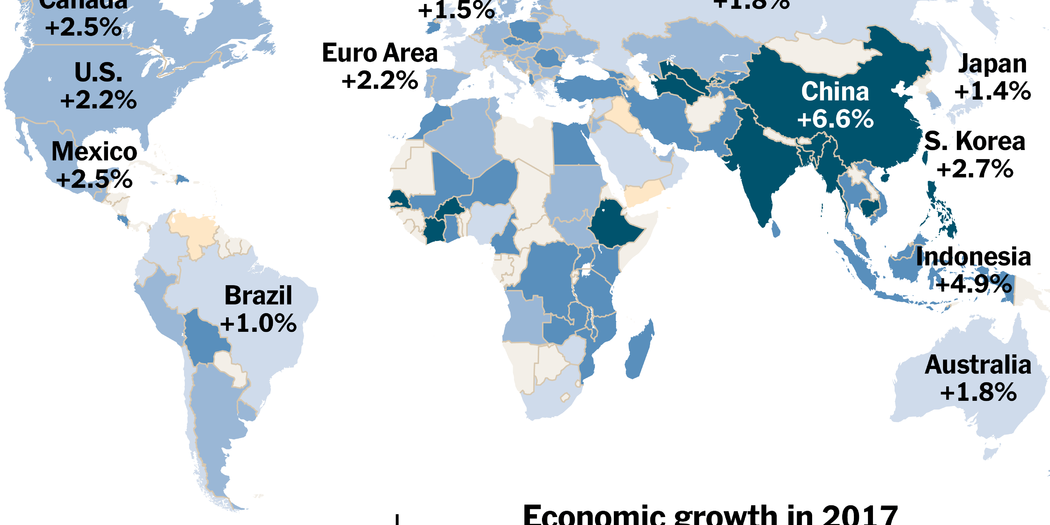 A decade after the world descended into a devastating economic crisis, a key marker of revival has finally been achieved. Every major economy on earth is expanding at once, a synchronous wave of growth that is creating jobs, lifting fortunes and tempering fears of popular discontent.

No tidy, all-encompassing narrative explains how the world has finally escaped the global downturn. The United States has been propelled by government spending unleashed during the previous administration, plus a recent $1.5 trillion shot of tax cuts. Europe has finally felt the effects of cheap money pumped out by its central bank.

In general terms, improvement owes less to some newfound wellspring of wealth than the simple fact that many of the destructive forces that felled growth have finally exhausted their potency.

Every One of the World’s Big Economies Is Now Growing

For the first time since the global economic downturn, there is a wave of expansion that is creating jobs, lifting fortunes and tempering fears of popular discontent.