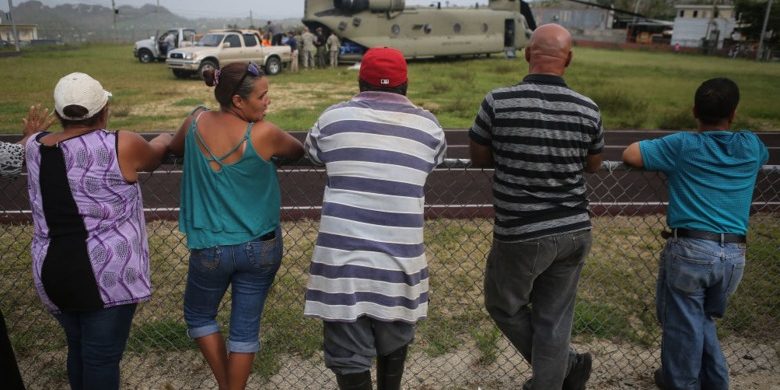 On Tuesday, news broke that FEMA planned to shut down Hurricane Maria-related food and water distribution in Puerto Rico on Wednesday, an announcement that took Puerto Rican officials by surprise and seemed potentially premature given that, according to government statistics, a third of the island’s residents still don’t have working electricity (and thus no refrigeration) and three percent don’t have running water. Then, on Tuesday night, Donald Trump said the following during the State of the Union:

To everyone still recovering in Texas, Florida, Louisiana, Puerto Rico and the Virgin Islands, everywhere, we are with you, we love you, and we always will pull through together, always.

The contradiction between “we are with you … we always will pull through together” and “surprise, we’re canceling your food/water distribution” was widely noted—and now FEMA is backtracking. From NPR:

A spokesman for the Federal Emergency Management Agency said Wednesday that the agency’s plan to end its distribution of emergency food and water in Puerto Rico and turn that responsibility over to the Puerto Rican government would not take effect on Jan. 31.

“Provision of those commodities will continue,” spokesman William Booher said.

Since no one is apparently allowed to ever admit that they are reversing a decision because it was unpopular and made them look bad, Booher claimed that the Wednesday shutdown date had been “mistakenly provided” and that FEMA is in fact still in the process of deciding when it will wind down operations. Sure, William Booher—sure.

The agency now claims, despite previous statements to the contrary, that it never officially decided to shut down operations Wednesday .