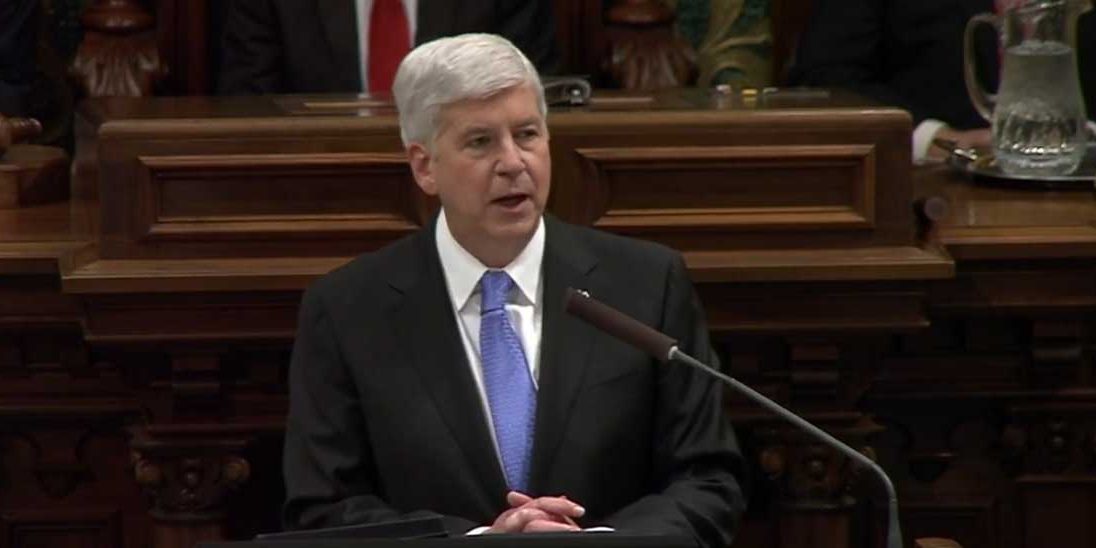 Gov. Rick Snyder on Tuesday outlined an ambitious agenda for his final year in office, including investment in roads, schools, the environment and workforce training.

But since he can’t run for re-election in November due to term limits, Snyder is also a lame duck ‒ a lame duck who finds himself at odds with fellow Republicans who want to cut taxes, not raise them, in an election year. And with many Democrats, who tie his legacy to the lead poisoning crisis in Flint’s drinking water and funding battles with universities and cities.

Snyder begins his final year as a lame duck, wrestling with fellow Republicans on tax cuts, funding for roads, schools and talent. Bridge asked five experts to predict his success.