Is Trump Preparing for War With North Korea? 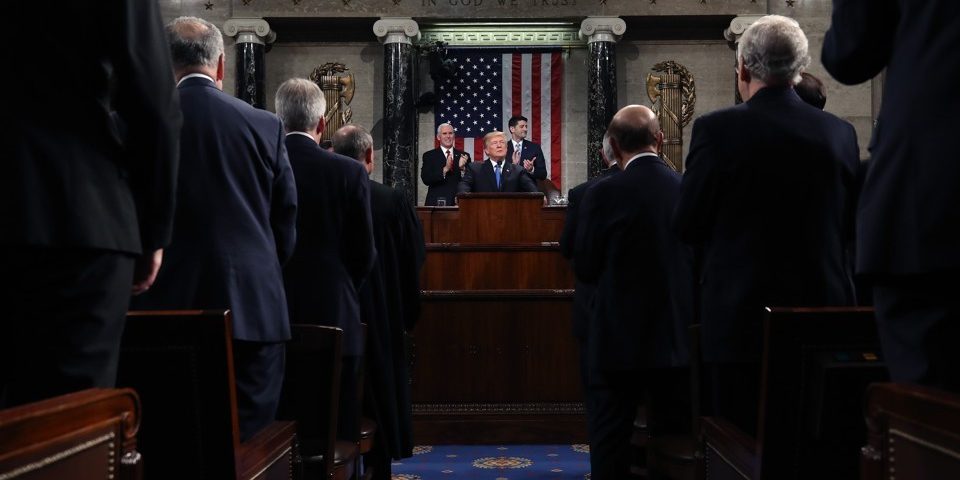 The more closely you read Donald Trump’s comments about North Korea in his State of the Union address, the more plausible it becomes that he is preparing for war.

First, there’s the sheer emphasis he placed on the subject. In his speech, Trump devoted a mere sentence to Russia and China. He devoted 23 words to Israel, 34 to Afghanistan, and 48 to Iran. Even the war against ISIS, which Trump cites as the main foreign-policy achievement of his first year in office, garnered only 302 words. North Korea received 475.

Even more strikingly, he didn’t mention either sanctions or China. For close to a year, the Trump administration has been urging Beijing to increase economic pressure on North Korea. It’s also repeatedly congratulated itself for having passed the toughest-ever United Nation sanctions against Pyongyang. In a speech devoted in large measure to trumpeting his achievements, one might have expected Trump to mention those sanctions again. But he did not, nor did he ask China to further help in isolating Kim Jong Un’s regime. Instead of “sanctions,” Trump referred to America’s “campaign of maximum pressure,” a phrase that could cover military as well as economic means. The sanctions strategy requires some degree of American patience. Trump’s attack on the “complacency” of past administrations suggests that his is running out.

Is Trump Preparing for War With North Korea?

The omissions in the State of the Union, and the fate of Victor Cha, all point in the same direction.