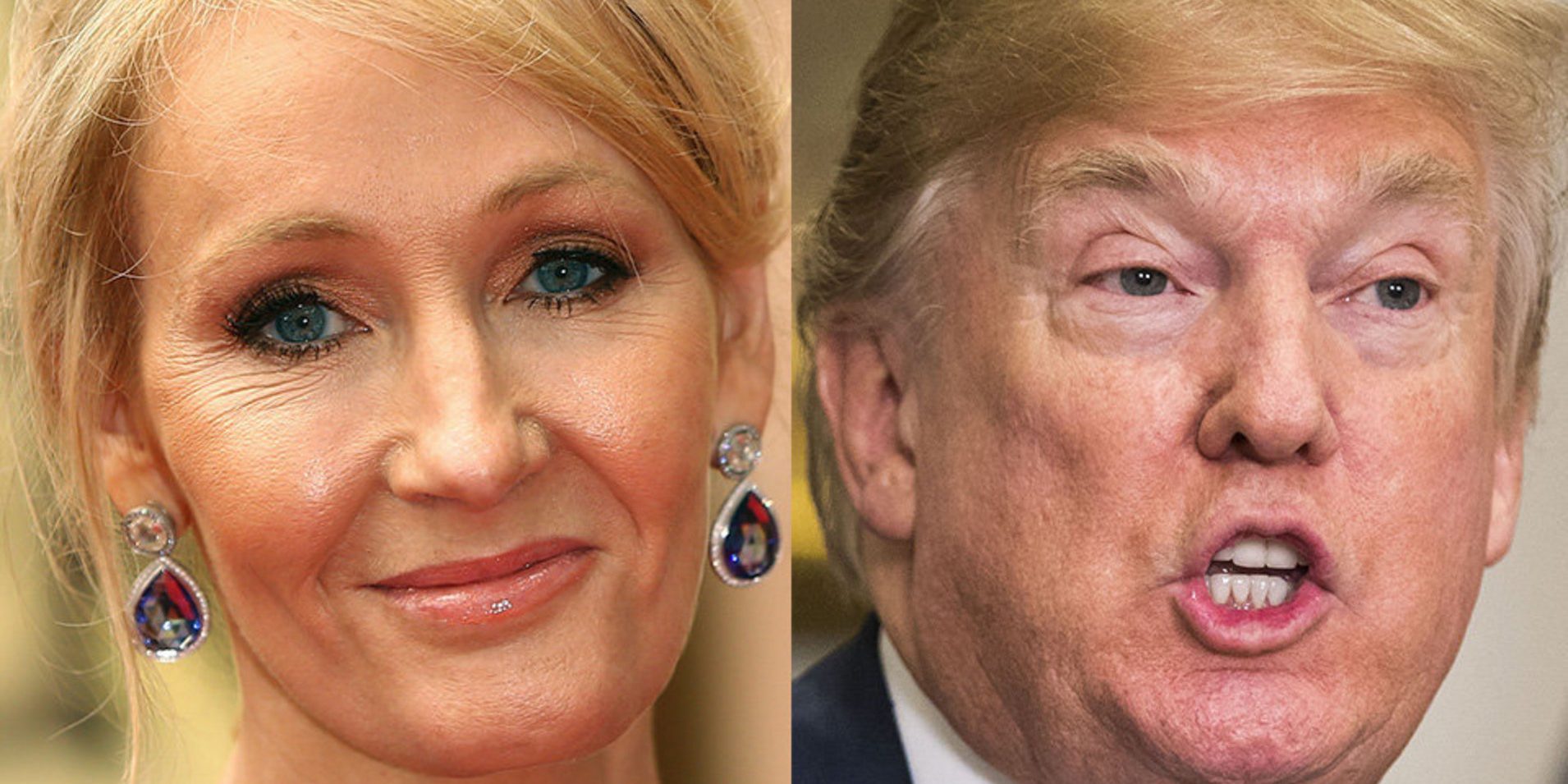 A single emoji was all it took for author J. K. Rowling to mock President Donald Trump for scrapping his planned February visit to the United Kingdom.

Trump faced widespread ridicule Friday for his explanation for the canceled visit to London ― because he was “not a big fan of the Obama administration having sold perhaps the best located and finest embassy” in the city.

Many people, however, put the cancellation down to Trump’s fear of facing protests ― which the Harry Potter author summed up expertly with this tweet: