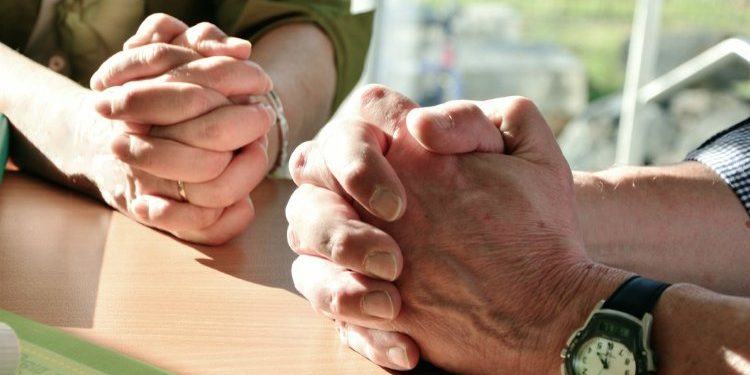 During a conference call held by Intercessors for America, Focus on the Family founder James Dobson called on Christians to observe a day of prayer and fasting to protect Donald Trump from being impeached.

Dobson said that after he and other leaders of the Religious Right met with Trump in the Oval Office last month, he “felt sorry for this man” because “so many people obviously hate him … He faces combined opposition from the mainstream media, from members of Congress – both Democrats and Republicans, not all of them but many of them – the entertainment industry, and the special interest groups who seem determined to bring him down.”

Issuing a warning that Trump’s impeachment would cause the country to be in “serious trouble,” Dobson made his plea: “I’m calling for a nationwide movement to pray for him. I’m calling for a day of fasting and prayer. I hope that Christian people from coast to coast will join in that time; the date is your choosing, but we do need to be praying for our president.”

In a brazen display of hypocrisy and ignoring the facts that everyone with a functioning brain knows to be true – that Trump is an avowed womanizer who has bragged about sexually assaulting women and gave a full-throated endorsement of a pedophile for a Senate seat, that Trump is a liar and a con man, that Trump has destroyed the standing of the United States in the eyes of the world, that he has no agenda other than enriching himself and no interest in actually governing – Dobson went on to make this incredible statement: “The Lord played a role in the election of Donald Trump.” Dobson claimed that Trump was “raised up for such a time as this.” By a time such as this, Dobson was making reference to the Supreme Court and his conviction that marriage rights should be reserved only for heterosexual couples and abortion should be illegal. He also cited the need for “religious liberty,” although anyone other than the most rabid of right wing Evangelicals recognize it as a loaded term that actually means the Religious Right should be able to shove their so-called “values” down our collective throats.

Focus on the Family founder James Dobson is concerned that Trump may be facing impeachment, so he’s got a plan to intercede with a higher power.