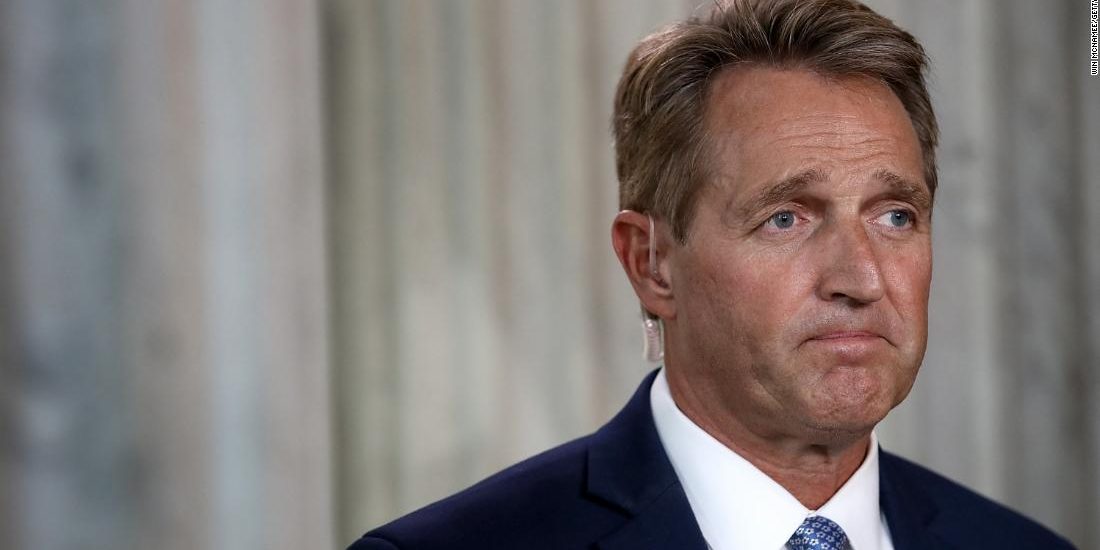 Republican Sen. Jeff Flake, a frequent critic of President Donald Trump, took to the Senate floor Wednesday morning to rebuke the President for his repeated attacks on the truth as well as his colleagues for failing to be a check on Trump.

“No longer can we compound attacks on truth with our silent acquiescence. No longer can we turn a blind eye or a deaf ear to these assaults on our institutions,” Flake said in his speech. “An American president who cannot take criticism — who must constantly deflect and distort and distract — who must find someone else to blame — is charting a very dangerous path. And a Congress that fails to act as a check on the President adds to the danger.”
Flake also compared Trump’s attacks on the news media to the rhetoric of late Soviet dictator Joseph Stalin and highlighted the longstanding consequences for Trump’s attacking the truth.
“For without truth, and a principled fidelity to truth and to shared facts, Mr. President, our democracy will not last,” Flake said.

He criticized the President for calling the news media the “enemy of the people,” calling it “an assault as unprecedented as it is unwarranted.”
“It is a testament to the condition of our democracy that our own President uses words infamously spoken by Joseph Stalin to describe his enemies,” he said. “It bears noting that so fraught with malice was the phrase ‘enemy of the people,’ that even Nikita Khrushchev forbade its use, telling the Soviet Communist Party that the phrase had been introduced by Stalin for the purpose of ‘annihilating such individuals’ who disagreed with the supreme leader.”