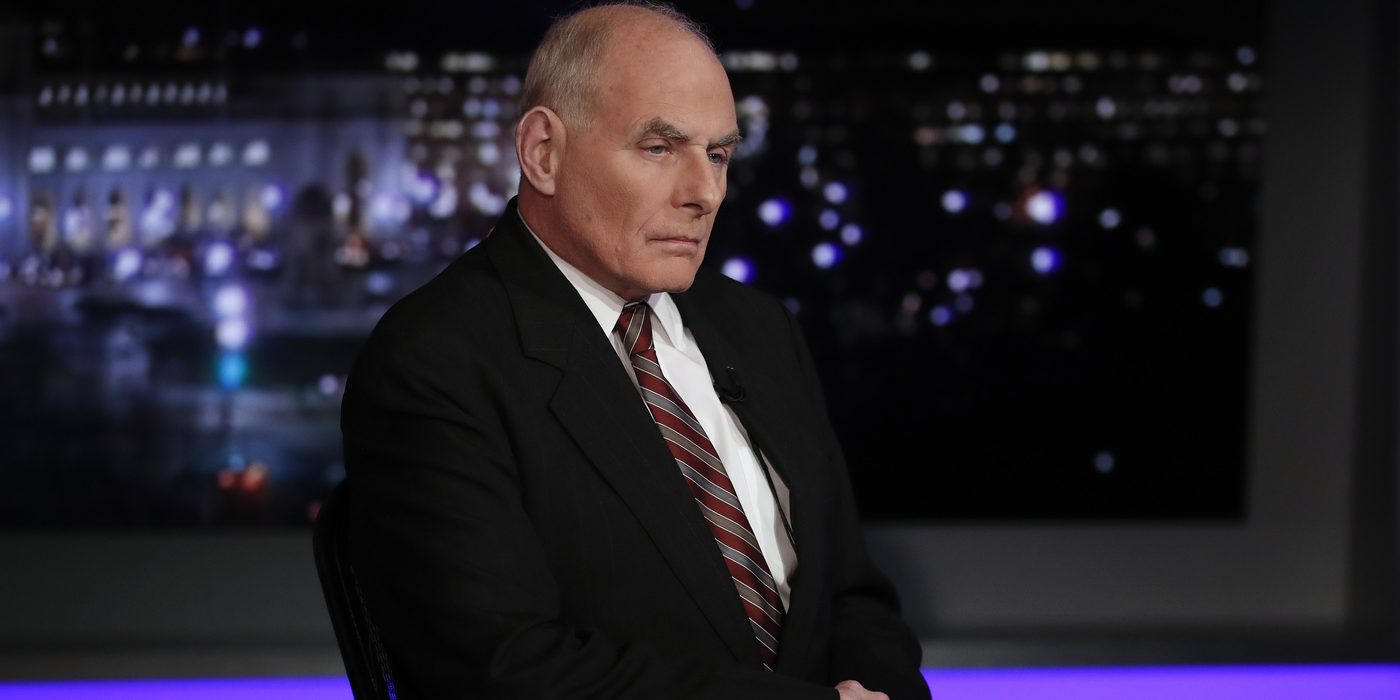 White House Chief of Staff John Kelly told a caucus of Hispanic lawmakers on Wednesday that he has persuaded President Trump that building a wall along the U.S.-Mexico border is unnecessary, signaling a possible reversal on the key campaign promise.

Kelly, who was secretary of Homeland Security before taking over as chief of staff in July, said that candidate Trump had not been “fully informed” about the border situation when he pledged repeatedly on the campaign trail to build the 2,200-mile wall and get Mexico to pay for it.

Perhaps no other issue resonated more with Trump’s supporters, many of whom took up the chant of “Build the Wall!” at his campaign rallies.

The meeting with members of the Congressional Hispanic Caucus took place on Capitol Hill amid a larger discussion involving continued funding of the government and immigration that includes the fate of the Deferred Action on Childhood Arrivals, or DACA, an Obama-era program to protect the children illegally brought to the U.S. by their parents from deportation.

The chief of staff says that candidate Trump was not “fully informed” on border issues and that he’s persuaded the president that the wall is not needed.