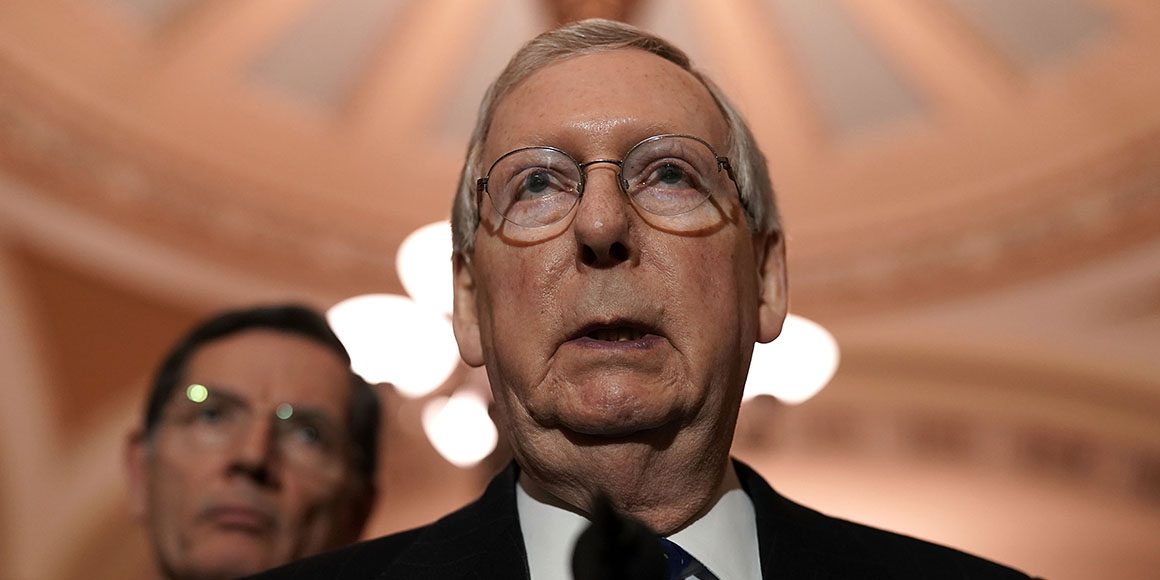 Mitch McConnell is making contingency plans for the growing possibility of a government shutdown.

The Senate majority leader intends to keep the chamber in session through the weekend and stage a series of votes designed to put Democrats from conservative states on defense, according to two Republican sources familiar with his plans and an email sent by McConnell on Thursday and obtained by POLITICO.

The goal would be to place the blame for a shutdown squarely on 10 Democratic senators up for reelection this fall in states won by Donald Trump in 2016, and make them the face of a government closure.

The strategy is risky for Republicans, considering that they control the White House and Congress. Should funding lapse at midnight Friday, McConnell would keep the Senate in session and try to force Democrats to repeatedly vote against funding for children’s health care money and government spending.

The Senate leader intends to keep his chamber in session and stage a series of votes designed to embarrass vulnerable Democrats.