Nevertheless, She Persisted: A Year After The First Women’s March, Energy I… 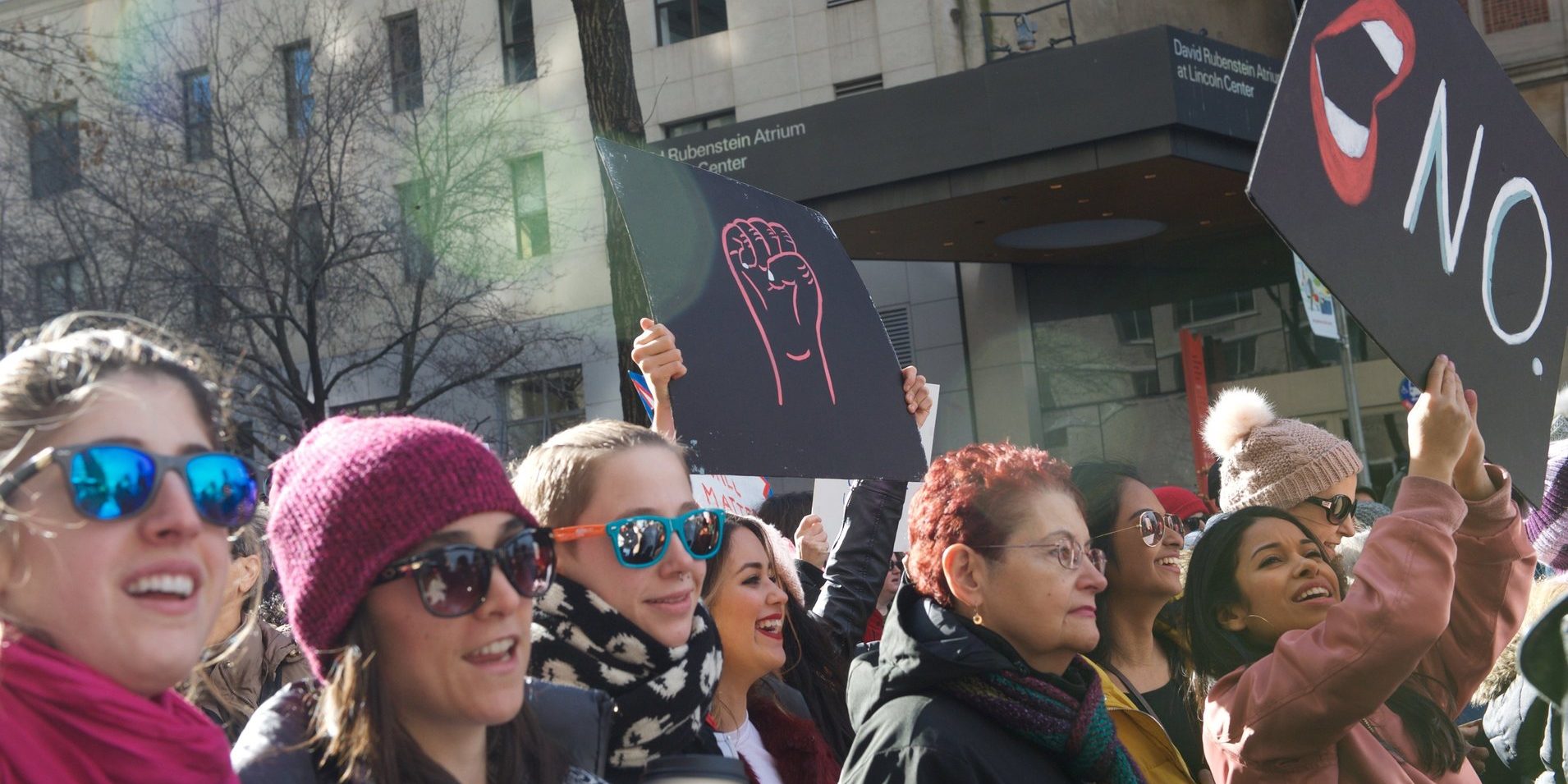 Marsha Annon and Yong Lee didn’t attend the 2017 Women’s March on Washington. Annon, 44, had never been to a protest in her life before Saturday. But she and Lee, 42, decided to take their 7-year-old daughter to the 2018 Women’s March in New York City, joining more than 200,000 marchers locally and hundreds of thousands more around the world.

“It’s time for change,” said Annon, who told HuffPost that it was #MeToo, specifically the Aziz Ansari story, that pushed her to march. “We need to stop making excuses, and I don’t want my daughter to grow up in a world where she feels pressured to do things that she’s uncomfortable doing.”

The day after President Donald Trump was sworn in last year, women and men across the country took to the streets, making the first Women’s March the largest single-day protest in U.S. history. A year later, on the day of a government shutdown, the energy and rage are still there, bolstered by the #MeToo movement and anger at an administration that has been actively hostile to the rights of women and other marginalized groups.

In New York, the march spanned more than 20 blocks and two avenues. Marchers of all ages, genders and backgrounds carried signs with slogans like “Grab him by the midterms,” “Harasshole,” “I miss science,” “Stop tearing families apart,” “Nasty women from shithole countries,” “Together we rise,” and “Fuck this shit.”

Nevertheless, She Persisted: A Year After The First Women’s March, Energy Is Still High