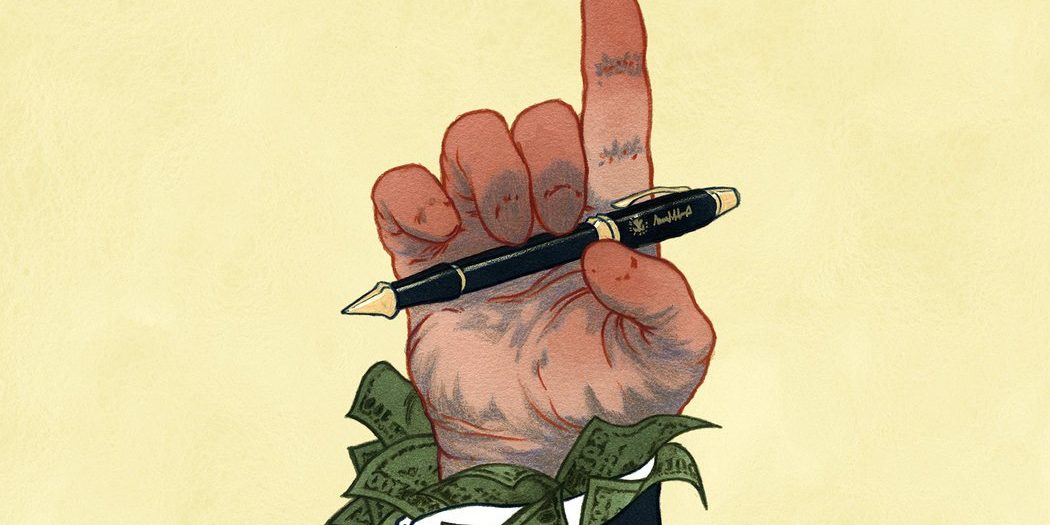 The numbers compiled by the Center for Responsive Politics, a nonpartisan organization that tracks money in American politics, might not seem surprising. The amount spent on lobbying during the first nine months of Donald Trump’s presidency, it found, was higher than in any corresponding period since 2012. A new administration would attract a new wave of lobbying, you would think.

Except that Mr. Trump promised something different. “For too long, a small group in our nation’s capital has reaped the rewards of government while the people have borne the cost,” he said in his Inaugural Address. “Washington flourished — but the people did not share in its wealth.”

Washington, though, has continued to flourish, and Trump himself has reaped some of the rewards. A new report from Public Citizen, a nonpartisan government watchdog, documents more than 60 examples of lobbying groups, foreign governments and corporate interests holding parties and meetings in Trump family properties, including that beacon for Washington lobbyists, the Trump International Hotel in D.C.

Mar-a-Lago, the Trump-owned private club where the president spends much of his time, charged up to $750 per person to spend New Year’s Eve with him.

In his Inaugural Address, President Trump promised to upend the money-grubbing culture of the capital. It’s only gotten worse.