Opinion | Mr. Trump, Meet a Hero Whom You Maligned 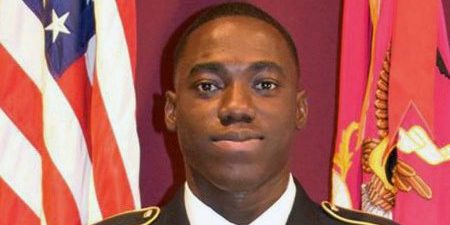 In 1885, a poor, uneducated 16-year-old boy arrived in our country from Germany at a time when immigrants were often looked down on by affluent Americans.

This boy was ambitious and entrepreneurial, and, despite language problems, he earned some money and then traveled up to the Klondike during the gold rush to operate a hotel that became notorious for prostitution. He prospered, and today his grandson is President Trump.

After Germany became an enemy in World War I, the Trump family was embarrassed enough about its heritage that it claimed to be from Sweden instead. President Trump himself repeated this lie in his 1987 book, “The Art of the Deal.”

More important, the toxic disparagement of immigrants tarnishes heroes like Emmanuel Mensah, 28, a New Yorker who came from the West African country of Ghana and joined the Army National Guard.

Then a couple of weeks ago, when he was back from training, a fire broke out in Mensah’s Bronx building. Mensah easily saved himself, but then rushed back into the burning building to rescue others. Three times he rushed in and out, bringing out four people.

Opinion | Mr. Trump, Meet a Hero Whom You Maligned

A practical response for those offended by our president’s racist comments.