Pence and Jordan’s King ‘Agree to Disagree’ on Jerusalem 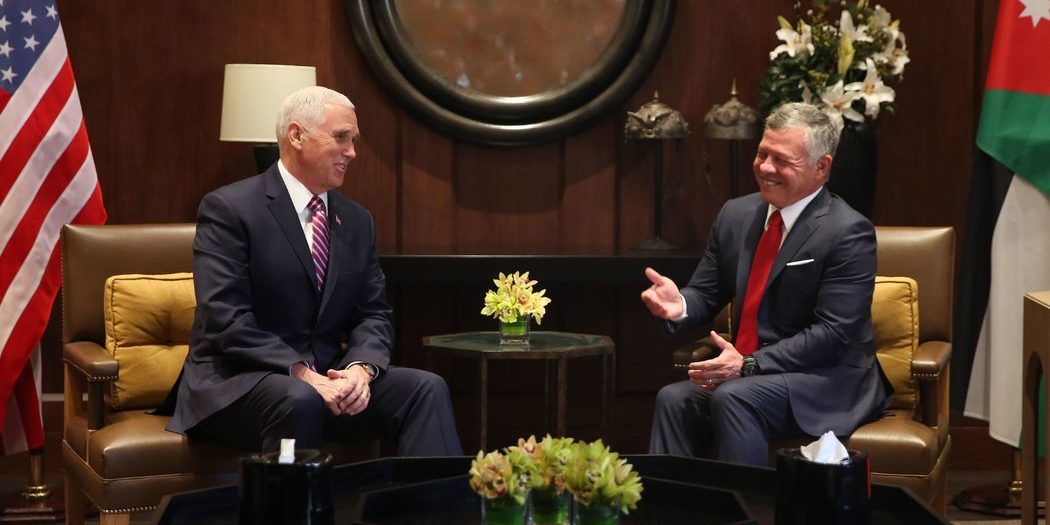 Vice President Mike Pence met with King Abdullah II of Jordan on Sunday, telling reporters afterward that they had “agreed to disagree” on the American recognition of Jerusalem as Israel’s capital.

The meeting in Amman, on the second day of Mr. Pence’s visit to the Middle East, came as tension has increased between the two allies over President Trump’s decision on Jerusalem last month and his decision last week to withhold aid to the United Nations agency that serves Palestinian refugees.

Speaking before the meeting with Mr. Pence at Al Husseiniya Palace in Amman, King Abdullah reiterated his support for “East Jerusalem as a capital of an independent Palestinian state living side by side with a secure and recognized Israel,” Petra, Jordan’s official news agency, reported.

Jordan is also home to more than two million Palestinian refugees who could be affected by the cut in American aid to the United Nations agency.

“Look, friends occasionally have disagreements, and we agreed to disagree on the decision by the United States to recognize Jerusalem as the capital of Israel,” he said, according to The Associated Press. “But what we agreed on was the need for all parties to come back to the table.”

Pence and Jordan’s King ‘Agree to Disagree’ on Jerusalem