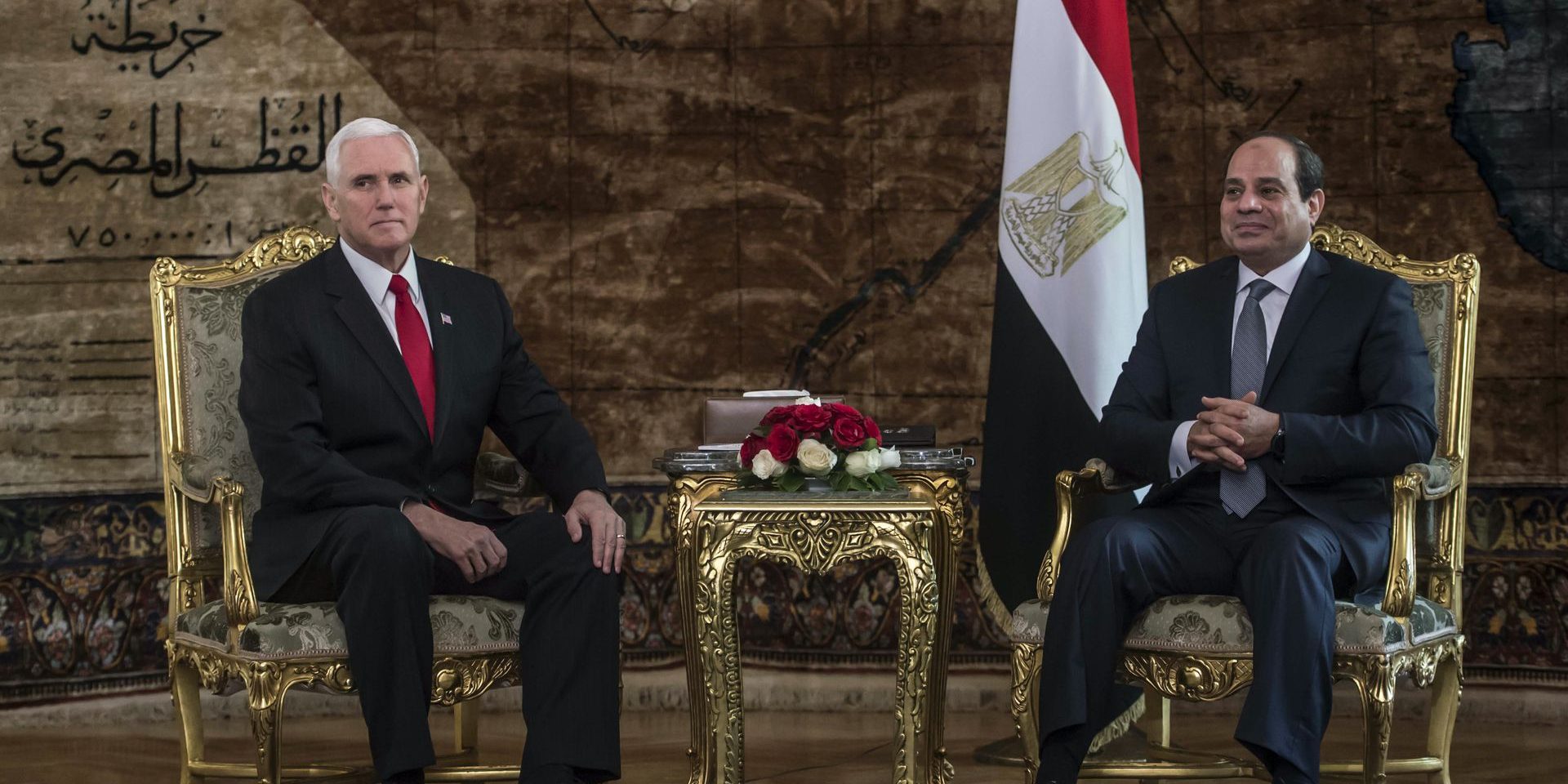 Vice President Mike Pence met with Egyptian President Abdel Fatah el-Sisi in Cairo on Saturday for around three hours, according to the Washington Post, and said that while the countries had previously been “drifting apart,” ties had “never been stronger” than under Trump.

Why it matters: NBC’s Andrea Mitchell reports that the three hour meeting “focused heavily on counter-terrorism.” They also discussed two Americans who were imprisoned in Egypt in 2013, WaPo reports, and Sisi told Pence he would give their cases “very serious attention.” Pence and Sisi also discussed terrorism, North Korea, and religious freedom.

One more thing: Egyptian security originally blocked the press from entering the presidential palace where Pence was meeting with Sisi, until they were allowed in to cover “brief statements…that only happened after intense negotiation between Pence’s staff and Egyptian authorities,” per WaPo. The next stop on Pence’s Middle East tour is Jordan.

The press were originally barred form entering the palace with Pence.