Senators and Trump Inch Toward DACA Deal, but a Wall Divides Them 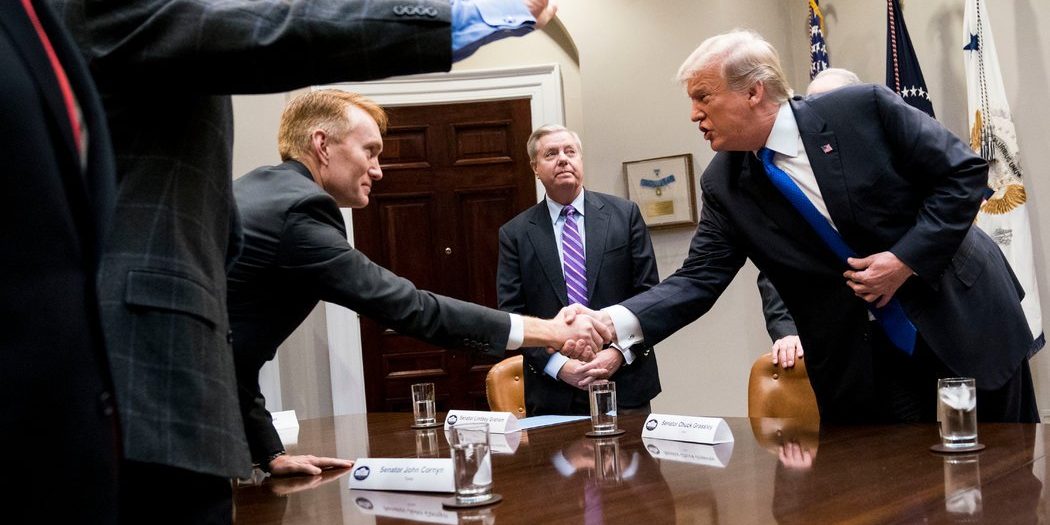 Four months after President Trump rescinded an Obama-era program shielding young unauthorized immigrants, the White House and Senate negotiators are inching toward a deal that would restore the protections, while also beefing up border security.

But Democrats and Republicans remain divided over the shape and scope of the package — and especially over Mr. Trump’s proposal to build a wall at the Mexican border.

“I think we’re narrowing the differences,” Senator John Cornyn of Texas, the No. 2 Republican in the Senate, said Thursday, after a group of Republican senators met at the White House with Mr. Trump. The president has invited members of both parties to meet with him to discuss immigration next week.

Overhauling the nation’s immigration laws is a goal that has eluded presidents since President Ronald Reagan signed a sweeping measure in 1986 that offered amnesty to nearly three million illegal immigrants. Mr. Cornyn and other Republicans say they are optimistic that Mr. Trump can break the logjam.

Senators and Trump Inch Toward DACA Deal, but a Wall Divides Them

Democrats and Republicans remain divided over the shape and scope of a package that would restore protections for young unauthorized immigrants and bolster border security.