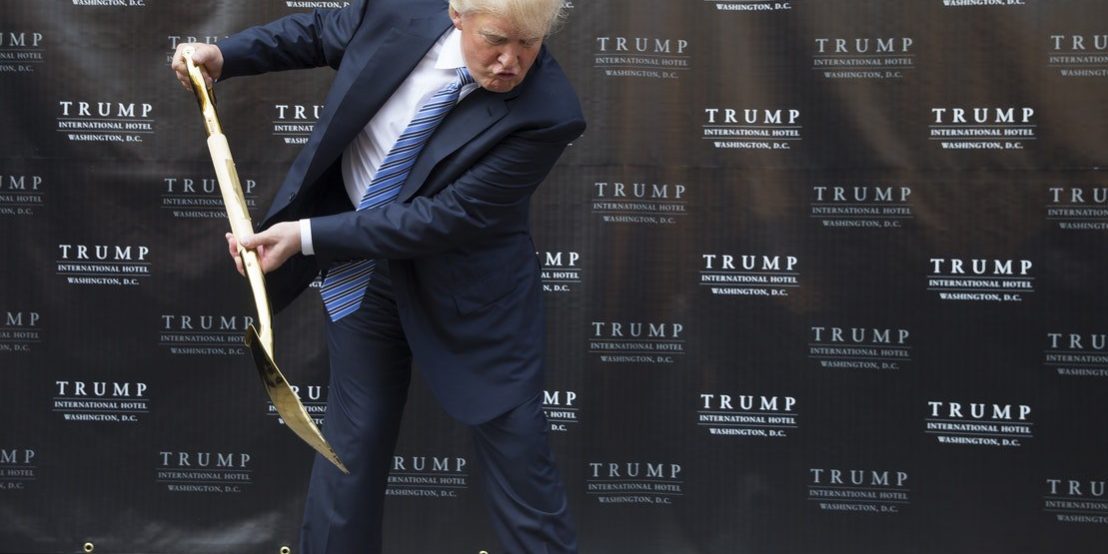 Donald Trump campaigned on rebuilding America’s crumbling infrastructure. He’s governed on leaving it to rot. His proposed budget called for cutting federal spending on passenger rail and transit construction grants. Promised legislation to spend $1 trillion on roads and bridges, which in actuality seemed more like a scheme to privatize public assets, hasn’t materialized. And in a news dump just before the New Year’s holiday, Trump’s Federal Transit Administration nixed a deal for a second rail tunnel under the Hudson River between northern New Jersey and New York City’s Penn Station.

For more than a century, Amtrak and New Jersey Transit trains have flowed into the nation’s busiest rail hub through a pair of deteriorating tunnels, creating a debilitating bottleneck. The Obama administration, recognizing the critical need for new tunnels, agreed in late 2015 to bear half the costs for the $13 billion project and got buy-in from the affected states. But in a Friday letter, K. Jane Williams, deputy administrator at the Federal Transit Administration, delivered a fatal blow to the proposal, stating, “There is no such agreement.”

With tax cuts out of the way, Trump and the Republicans may turn to infrastructure again. “I’d like to see us pivot to infrastructure. We’ve talked it all year, the president talked about it,” Republican Senator Shelley Moore Capito told Politico last week. “I think it could be a bipartisan exercise.” The possibility that some Democrats might work with Trump on infrastructure makes some liberals nervous, as it risks turning the president into a bipartisan dealmaker rather than the object of resistance. But Republicans’ enduring actions on the nation’s most pressing public works project reveal the infrastructure promise as nothing but hollow rhetoric.