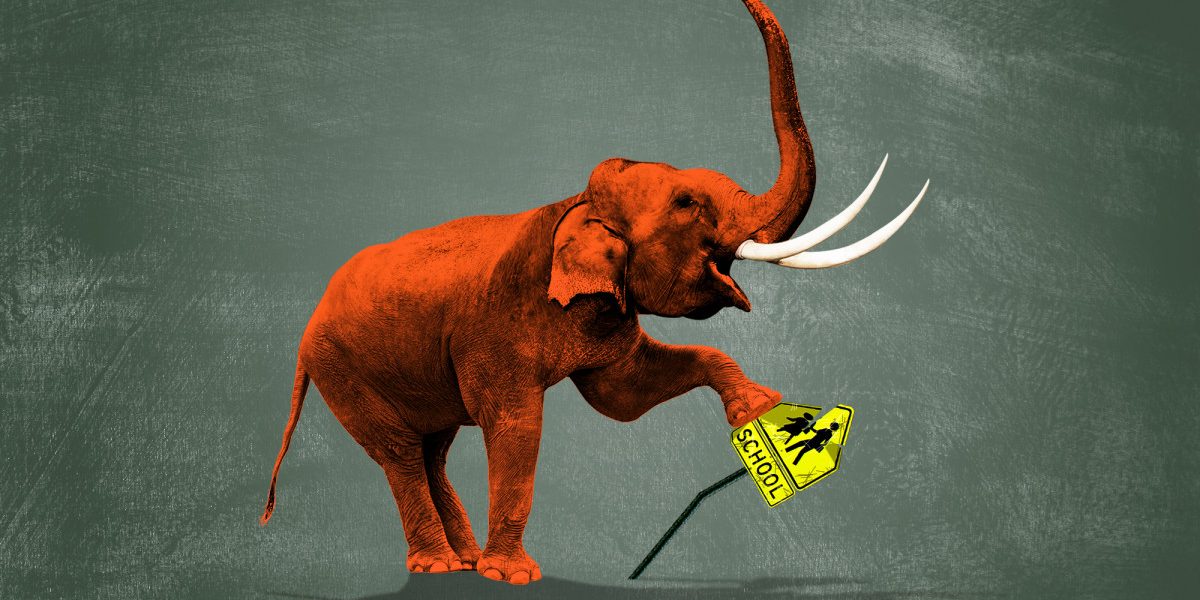 The west side of Columbus, Ohio, is a flat expanse of one-story houses, grimy convenience stores, and dark barrooms, and William Lager, in his business wear, cut an unusual figure at the Waffle House on Wilson Road. Every day, almost without fail, he took a seat in a booth, ordered his bottomless coffee, and set to work. Some days he sat for hours, so long that he’d outlast waitress Chandra Filichia’s seven-hour shift and stay on long into the night, making plans and scribbling them down on napkins.

The dreams on the napkins seemed impossibly grandiose: He wanted to create a school unlike anything that existed, a K-12 charter school where the learning and teaching would be done online, and which would give tens of thousands of students an alternative to traditional public schools across the state. It would offer them unheard of flexibility—a teen mom could stay with her child and study, while a kid worried about being bullied could complete lessons at home. And it would be radically cheaper than a traditional classroom, since there would be no buildings to maintain, no teachers’ unions to bargain with. At the time—the late 1990s—it was a revolutionary idea. Lager called it, in the heady days when the internet seemed to promise a solution to every problem, the Electronic Classroom of Tomorrow.

How a washed-up lobbyist built a charter school empire and siphoned millions from public schools.