The Government Could Shut Down in Two Weeks. Here’s Why It Would Be Disastr… 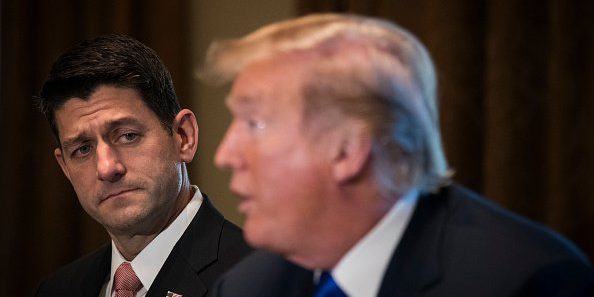 During a fight over a spending bill last year, President Donald Trump tweeted that the federal government needed “a good shutdown” to force Democrats to cooperate. But as Congress steams toward a Jan. 19 deadline to prevent a government shutdown in 2018, there’s strong evidence from history that there is no such thing as a “good shutdown” for the White House.

In fact, anyone sitting in the Oval Office during a government shutdown tends to fare poorly when their party faces voters next during national elections, especially when they are midterms, according to a TIME analysis of the 18 government shutdowns that have taken place since modern budgeting rules went in place. In fact, a government shutdown heading into a midterm election makes the losses facing the party in power twice as deep in the House — a harrowing threat for the current GOP majority that already appears to be in peril this fall.

The Government Could Shut Down in Two Weeks. Here’s Why It Would Be Disastrous for Trump

A historical analysis shows Republicans would lose seats in Congress.