There’s No Way Out 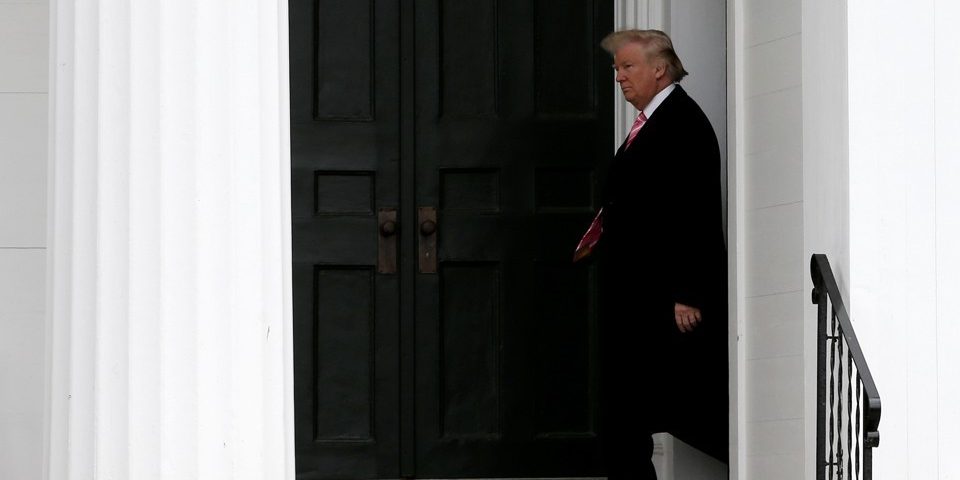 Last week, which brought the release of Michael Wolff’s Fire and Fury, was rough for the White House. But this week has been worse still, and the damage has been almost entirely inflicted by the president himself.

On Sunday, Oprah Winfrey delivered a speech at the Golden Globes that served as an implicit rebuke of the president. By week’s end, at least two polls showed her leading Trump by double digits in a hypothetical presidential election, even though she has no political history and has not said she is running.

On Monday, several outlets began reporting that the White House was in discussions with special counsel Robert Mueller about the president testifying in the Russia probe, which his lawyers had once said would be over by either Thanksgiving or Christmas.

On Tuesday, the president invited lawmakers of both parties to the White House for a meeting about an immigration deal. The meeting was intended to show that Trump was on top of things, contrary to the portrait in Wolff’s book of a bumbling incompetent distrusted even by his top aides. Instead, the president briefly said he’d agree to a Democratic plan for extending Deferred Action for Childhood Arrivals (DACA), before Republican leader Kevin McCarthy had to cut in and remind him that his position was exactly the opposite. Trump did, however, say he would sign any immigration bill Congress could send him.

On Wednesday, Trump held his first press conference of the year, appearing with Norwegian Prime Minister Erna Solberg. The president turned in an erratic performance, boasting about the U.S. selling a plane to Norway that only exists in the video game Call of Duty; refusing to say whether he would agree to speak to Mueller; continuing to obsess over his vanquished 2016 opponent, Hillary Clinton, with a riff about wind power; and incorrectly suggesting the U.S. does not use hydropower. The same day, sulking about Wolff’s book, he made a nonsensical call for stricter libel and defamation laws.

On Thursday, the president began the day by publicly tweeting against reauthorization of an intelligence bill his staff was lobbying to pass. The president’s objections were evidently inspired by his watching a Fox and Friends segment designed to sway him, and based on a debunked (and, ironically, defamatory) claim that President Obama illegally surveilled him. Nearly two hours later, the president clumsily walked back his tweet and backed the bill, presumably after a staff intervention.

As it turned out, he was just getting warmed up. Later on Thursday, a bipartisan group of lawmakers met with Trump to present an immigration bill, and even though he’d promised to sign anything Congress could send him, he rejected it. Worse, he delivered a racist rant to stunned lawmakers, referring to African nations as “shithole countries” and also saying, “Why do we need more Haitians? Take them out.”

There’s No Way Out

Trump’s presidency may be a dysfunctional disaster, but there’s no apparent way to end it.