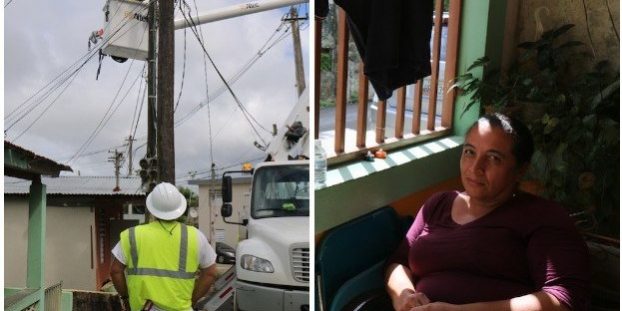 More than four months after Hurricane Maria tore through Puerto Rico, thousands of residents in the municipality of Arecibo continue to live without electricity — and a plan for a short-term microgrid fix was delayed at the last minute on Saturday.

The broken promises from local authorities, the island’s power authority, and federal agencies are wearing thin on people here, who are US citizens.

President Trump’s most recent substantial comments about Puerto Rico — he has so far pushed a false, rosy picture of the recovery — were in November, when he said the territory was “doing well” and “it’s healing, and it’s getting better, and we’re getting them power, and all of the things that they have to have.”

José “Memo” González Mercado, a district representative for Arecibo, told BuzzFeed News, “The reality is that we are US citizens but Donald Trump treats us as second-class citizens.”

Thousands Of People Were Supposed To Regain Power In Puerto Rico On Saturday. They Didn’t.

A local lawmaker was sure a temporary fix would restore power to 10,000 people in Arecibo this weekend. They’re still in darkness.