Trump asked Rosenstein if he was ‘on my team’ 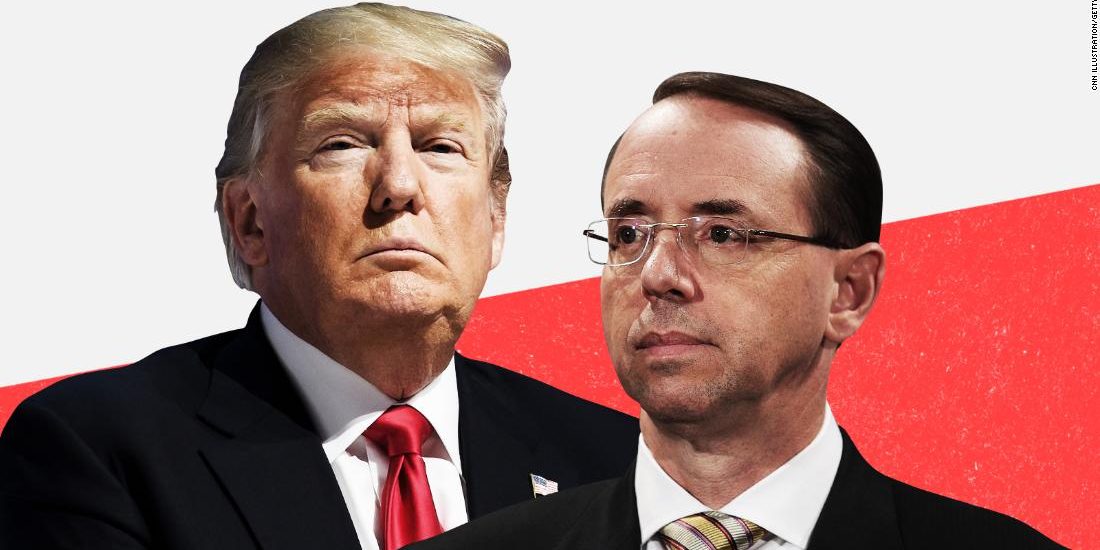 But the President had other priorities ahead of a key appearance by Rosenstein on the Hill, according to sources familiar with the meeting. Trump wanted to know where the special counsel’s Russia investigation was heading. And he wanted to know whether Rosenstein was “on my team.”
The episode is the latest to come to light portraying a President whose inquiries sometimes cross a line that presidents traditionally have tried to avoid when dealing with the Justice Department, for which a measure of independence is key. The exchange could raise further questions about whether Trump was seeking to interfere in the investigation by special counsel Robert Mueller, who is looking into potential collusion by the Trump campaign with Russia and obstruction of justice by the White House.

Trump asked Rosenstein if he was ‘on my team’